"Hentertainment" is a way of keeping hens laying – and happy – at Henergy, a barn-raised egg business on the outskirts of Masterton.

Henergy's founder Graeme Napier was the first New Zealand egg producer to get the SPCA blue tick for his eggs.

With more producers now piling into cage-free egg production, he's trying to stay one step ahead. 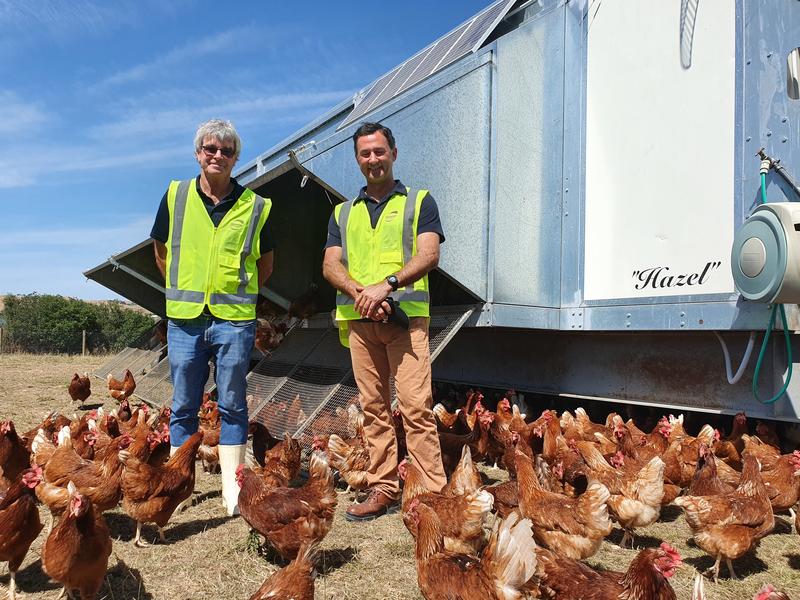 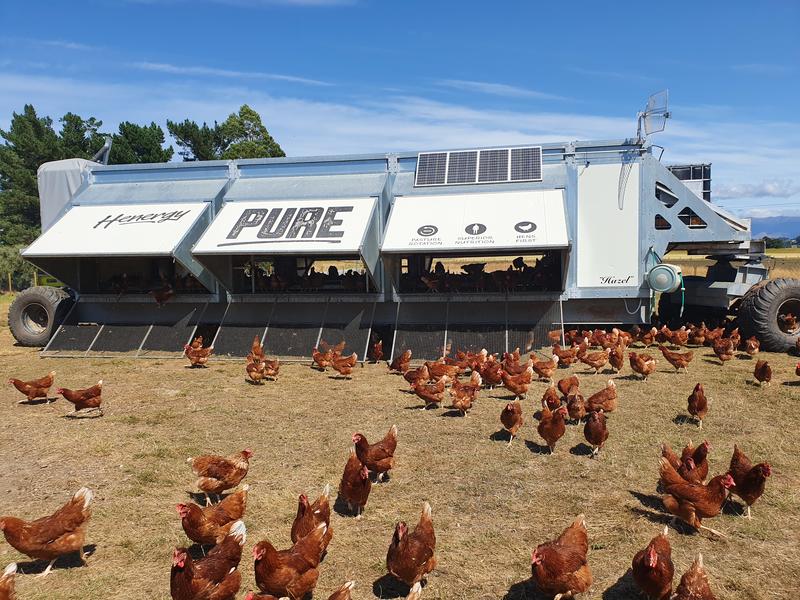 "Hazel" the pasture wagon for free range hens, designed to move around farms. 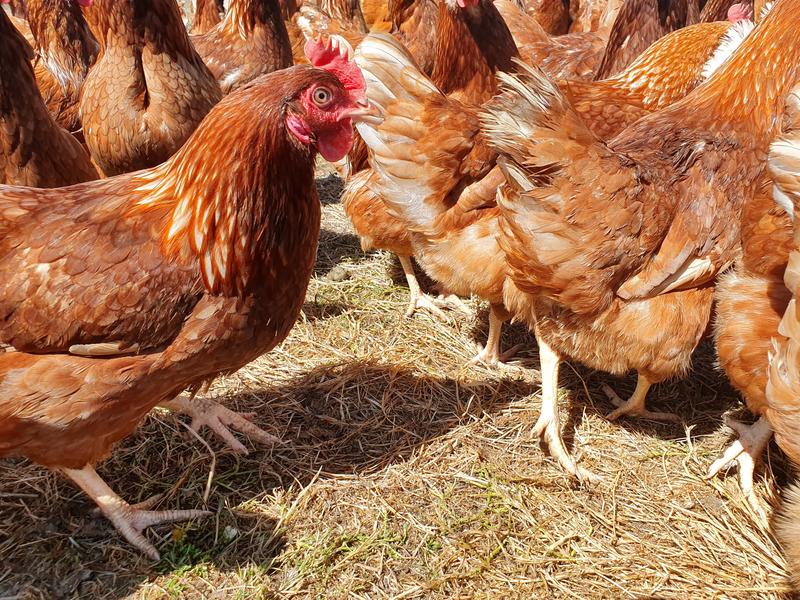 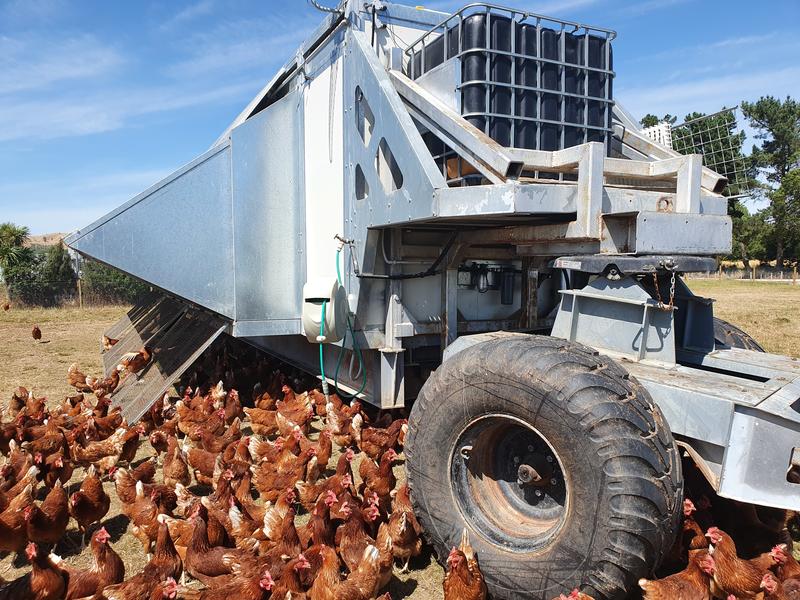 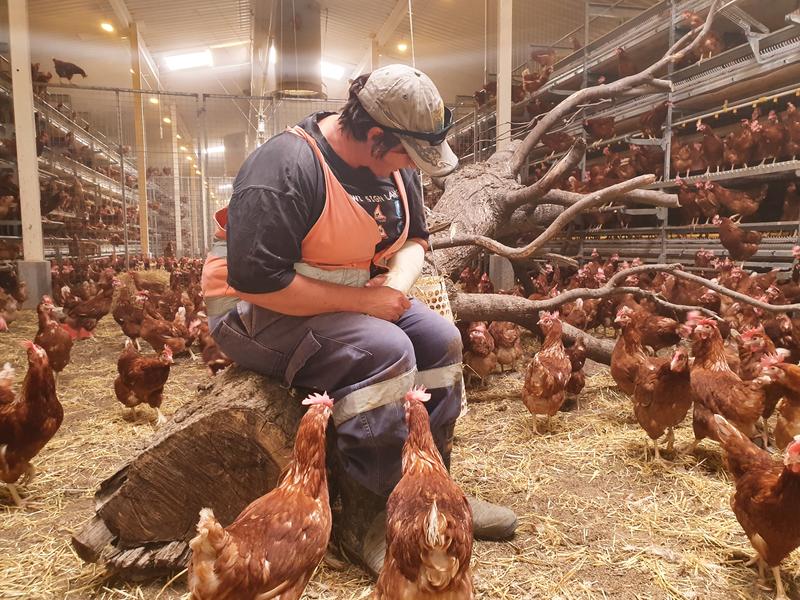 Brenda Edmeades job as chicken keeper at Henergy is to keep her girls happy. 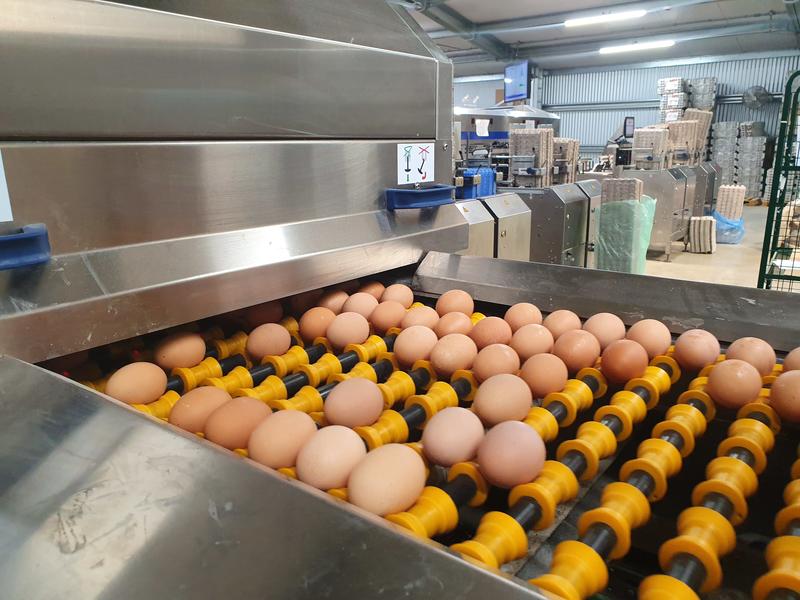 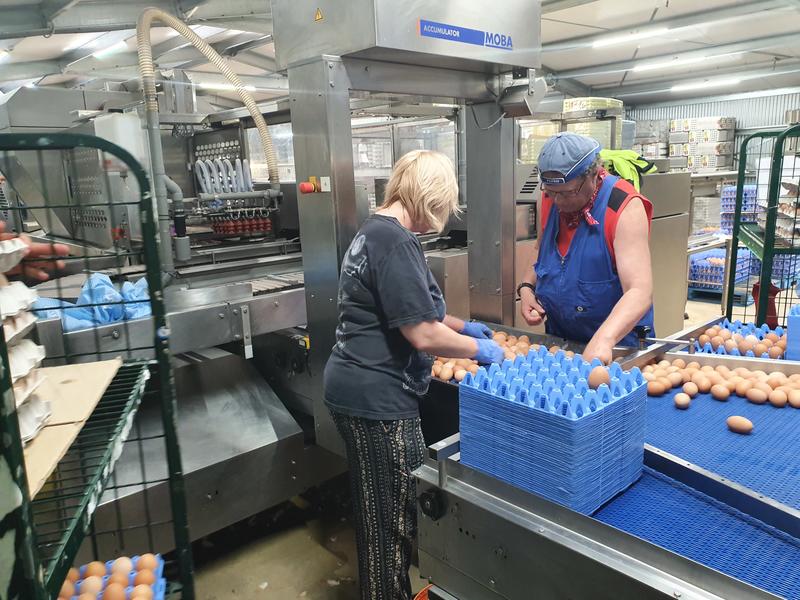 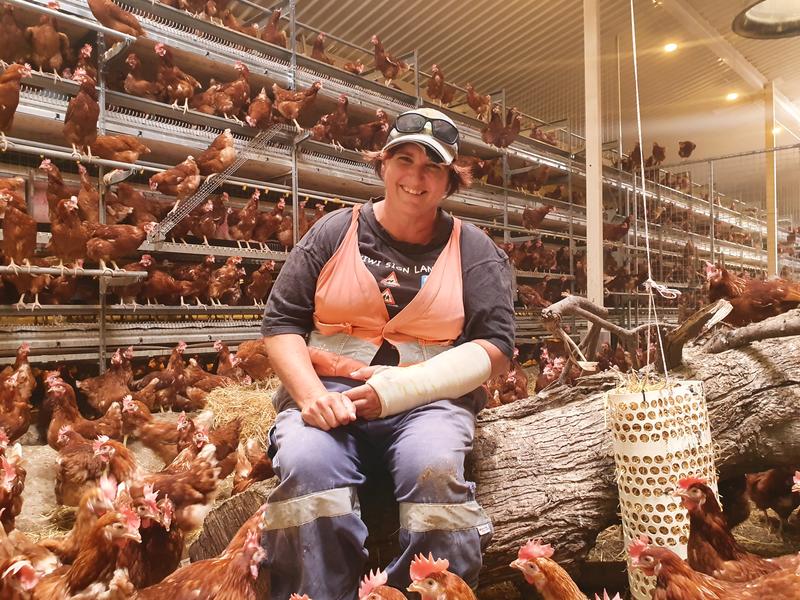 Brenda Edmeades' job is to keep "her girls" happy.

She's sitting on a large sawn-off tree trunk in the middle of one of 18 huge barns belonging to Henergy.

As she calls out to the girls they come flocking, curious to see what's up.

"These become my babies. I often go around and talk to them and everyone thinks I'm quite mad," she says.

That name, rather than a label like "stockman", is important, according to Henergy Chief Executive Michael Jamieson.

"If we can use the right words, we can get into the right mindset," he says.

The team at Henergy has also come up with the label "Hentertainment" for their system of caring for the hens.

Mineral-laden pecking blocks and fibre-rich pecking bales, perching areas like tree branches, and wholegrain feed sprinkled in the litter to promote foraging are some of the methods they're using to provide a more stimulating environment for the chooks.

Sometimes they even have the radio playing, too.

"Hentertainment is kind of like putting yourself in their shoes," Jamieson says.

He says their research showed commercial egg production practices were more about the "absence of bad things" rather than positive animal welfare.

"What we've tried to do is take those activities that we think allow the birds to express their instinctive behaviour and create patterns that give them joy.

"It's pushing towards this concept of a life worth living."

With consumers pushing for more ethical farming methods and a ban on caged hens looming in 2022, more egg producers are moving into cage-free, and that's also driving innovation at Henergy, Jamieson says.

They're currently trialling a pasture wagon for free-range egg farming which moves around paddocks allowing hens to feed, perch and lay as well as improve soils at the same time.

It could be used by other livestock farmers to diversify their operations and naturally regenerate pasture.

Jamieson's also excited by the nutritional-loading in the eggs produced at this hi-tech bed and breakfast for chooks.

He's hoping to get government funding for further research.