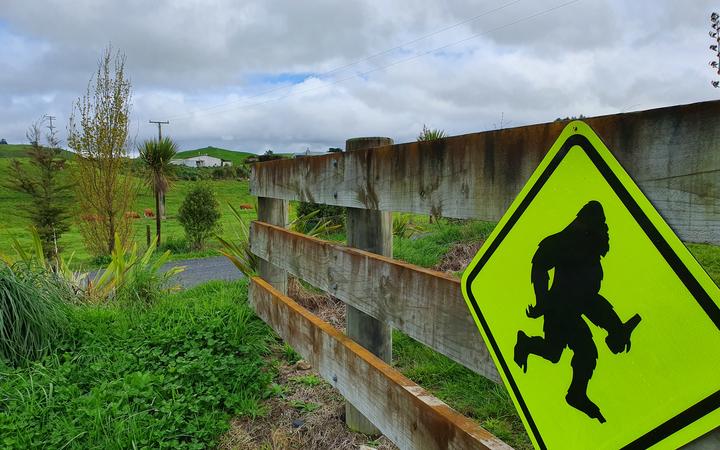 Elissa Cooper groaned when she saw her husband James reading a book about brewing one night.

That was seven years ago and now their Lakeman Brewing Company, with a hairy monster for its logo, is winning awards from the brewery set up in a former implement shed on their Taupo farm.

Next door to the shed, crystal clear artesian water, naturally filtered through the pumice-rich soil, is pumped up from below and, with New Zealand and American hops, used to craft zesty ales under the careful watch of brewers Kenny Rivers and Rory Donovan. 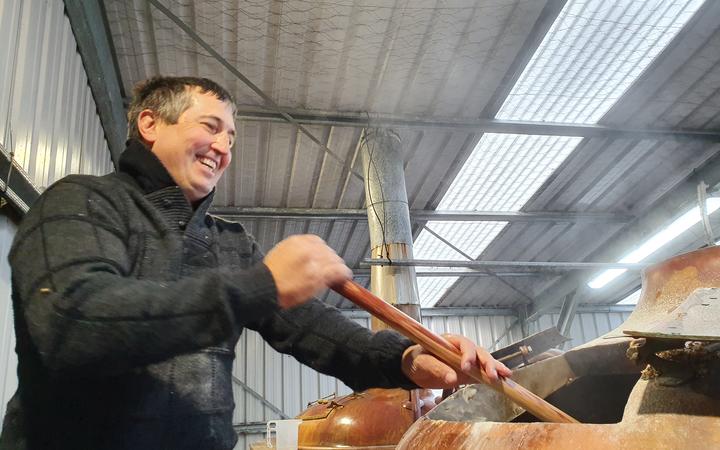 James Cooper "mashing in" at his on-farm brewery near Taupo Photo: RNZ/Sally Round

James spends most of his time in the brewery, cleaning, bottling and selling the Lakeman brew.

Today he's making Taupo Thunder working up a sweat "mashing in" - pushing a rake through a big vat of grain - before heading off to a lamb sale.

The brewery is now more than just a sideline for James who finishes lambs and also runs a herd of Simmental cattle.

With livestock numbers capped on the 120 hectare property not far from the northern shores of Lake Taupo, James is a big believer in diversification.

"A lot of the challenge has been about making great beer," James says, admitting learning the process has not been easy and selling from a location away from big markets has been the hardest part of the business.

James admits the business is a bit of a "beast" like the hairy monster on the label.

"It's a bit like farming. It's hard to reach perfection because there's always unknowns coming to you, whether it's drought or a change in the grain."

Elissa says the brewery has brought many highs and lows and she's proud of what they've created.

"It's neat to see the beers out there nationally now and winning some awards and employing local people."