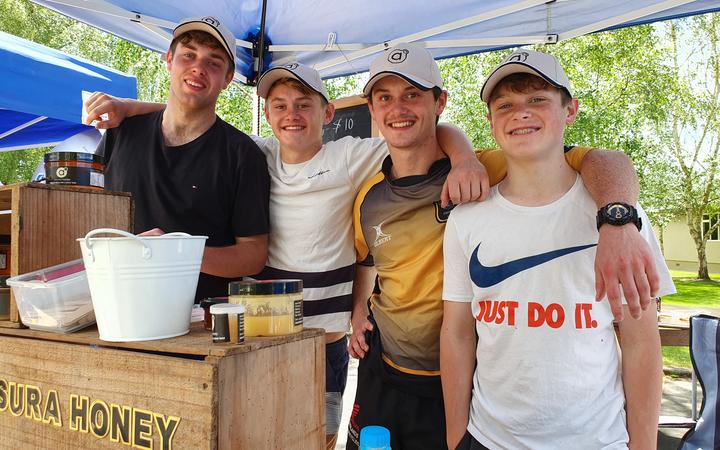 Luring in fairgoers to taste and buy his honey is all about "a big smile and a happy hello", says 15-year-old George Eschenbach.

"That normally gets their attention, especially the older ones," he says.

George, who prides himself on being the sales manager for the family honey business, is standing with his brother Freddie, 17, and friend Thomas Williams, 16, behind a line of honey jars in a rustic display of wooden boxes, pine cones and lemons.

It's a sunny spring Wairarapa day and people are buzzing around the AssuraHoney stall as the boys offer tastes of their locally produced clover-based spread.

The Eschenbach and Williams boys teamed up in 2016 to produce their own brand of honey to help finance themselves through university. They gained registration last year and have started selling it this season.

Each of the boys has a role to play, with the older ones, Harry Eschenbach, 21, and 18-year-olds Jack Eschenbach and Henry Williams mostly out in the field, working on the hives when they're back home from uni for the summer holidays.

Dad, Peter Eschenbach, who grew up around hives has been teaching the boys about beekeeping and oversees the operation, while mother Jane Eschenbach helps with design and marketing.

The Williams family, Wairarapa farmers, provide the space and flora for the bees to thrive. 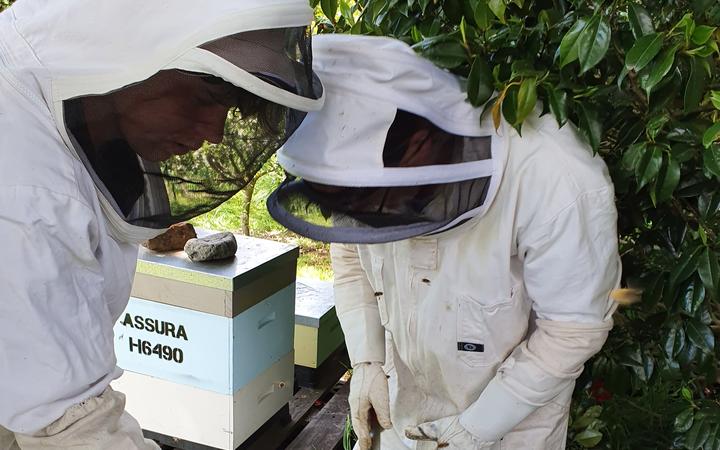 Peter says the boys are getting quite skilled.

"Young eyes are very sharp compared with old eyes. They can spot things so much quicker even just a minute change of cells," he says, pointing out that spotting the queen bee and being vigilant about the invasive varroa is no problem for the team.

The boys are hoping to make enough each year to put towards their university fees.

"People buy off kids more than they'll buy off us," says Peter.

"They like the kids' enthusiasm and they know they're doing the work. So, it's an authentic story and people like it."

George, the youngest, says being involved in a start-up food business has helped him gain excellence grades for commerce studies at school.

"It's work experience for life," he says.