From Farm Junk to Feel-Good Art

A gypsy caravan-maker is among people in Manawatū who are beavering away in their garages and farm sheds turning rusting iron tools, fencing wire and other bits and pieces into works of art for the annual Kimbolton Sculpture Festival. 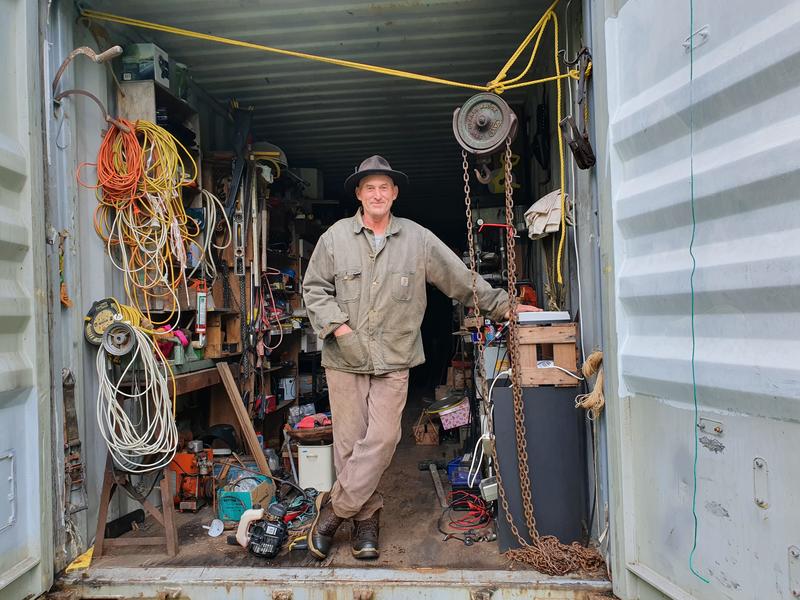 Lez Carter in his shed 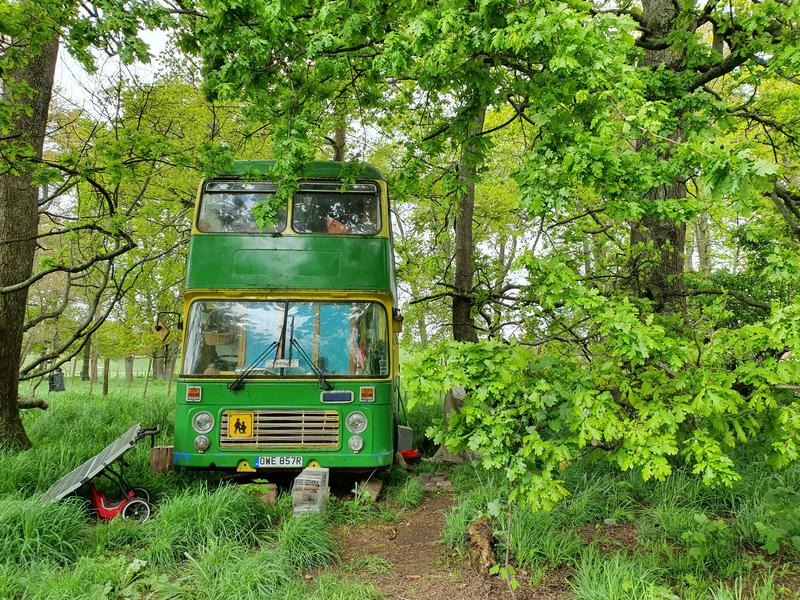 The bus which is home to Lez and Dee 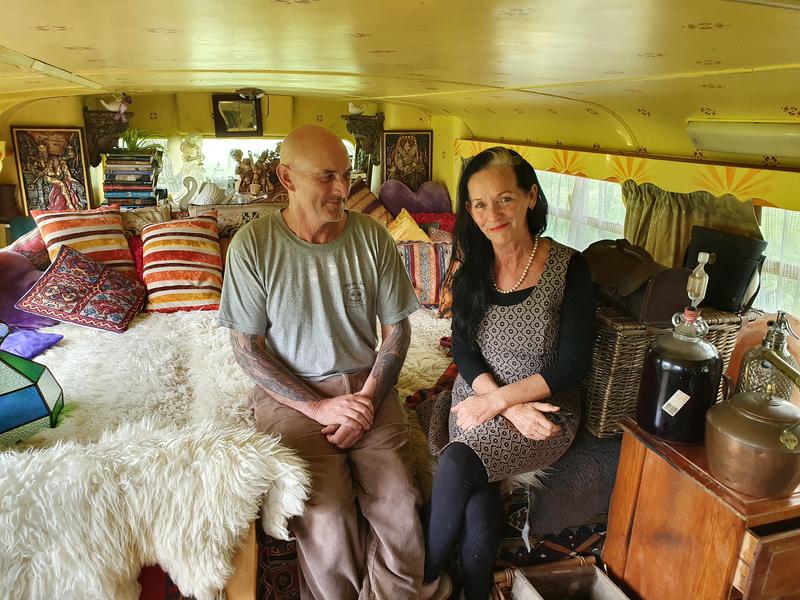 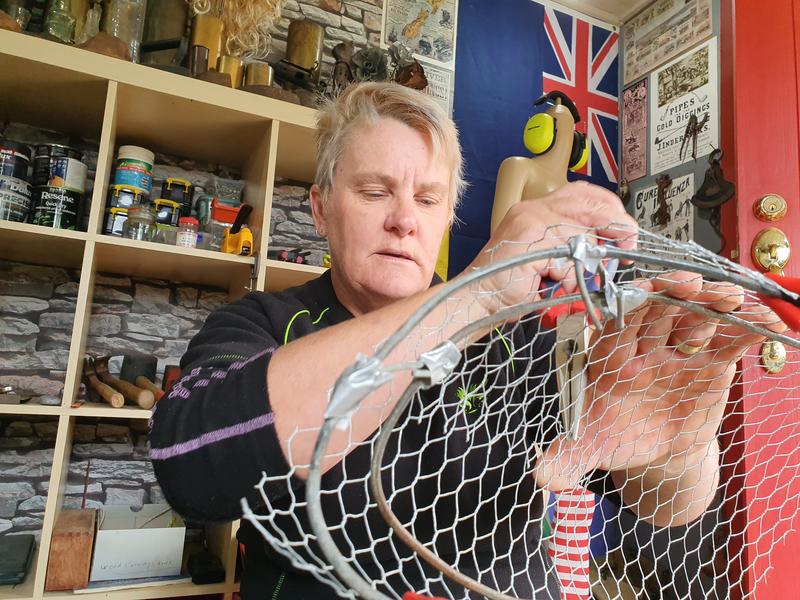 Pam Corpe, a past winner at the Kimbolton Sculpture Festival, hard at work on her entry for next year - a dragon 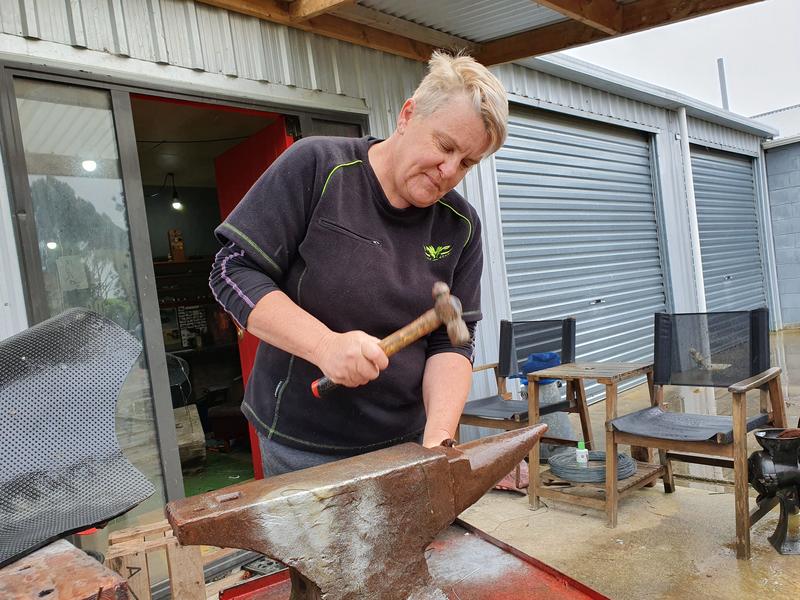 Pam at her anvil 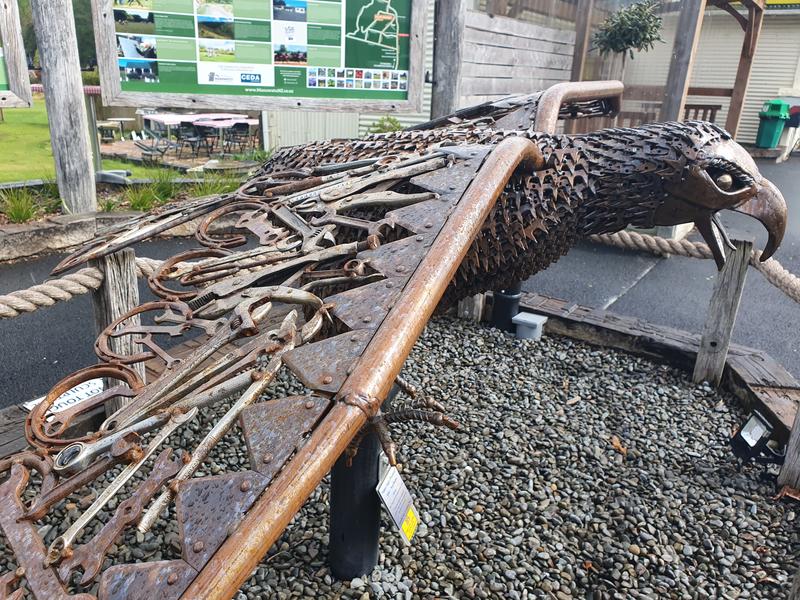 Terry Hawkins' winning scupture, Haast Eagle, takes pride of place at the entrance to Kimbolton. It's made out of old shearing cutters and other farm tools. 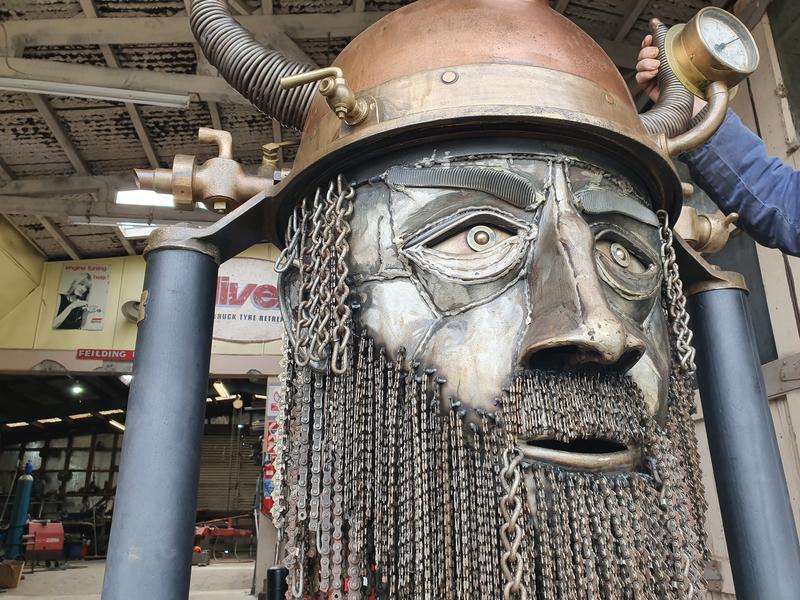 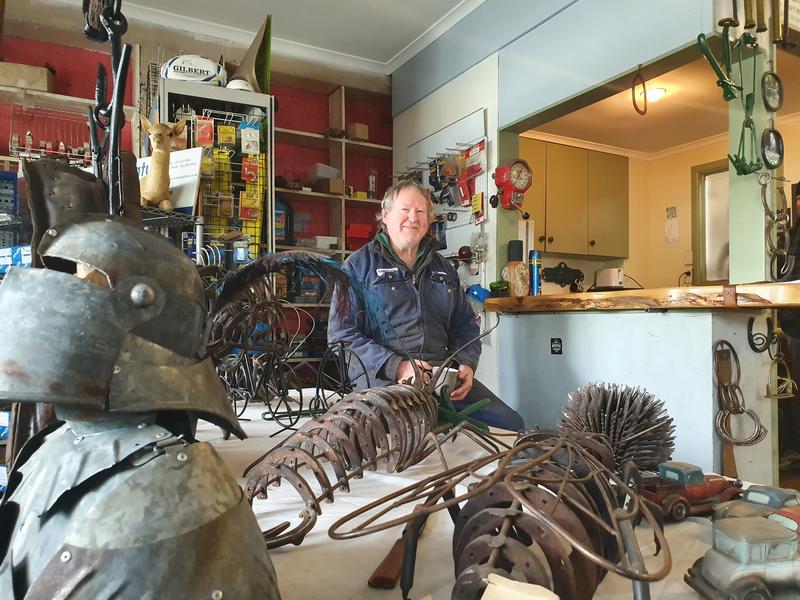 Terry having smoko with some of his creations including a crayfish made of horseshoes. 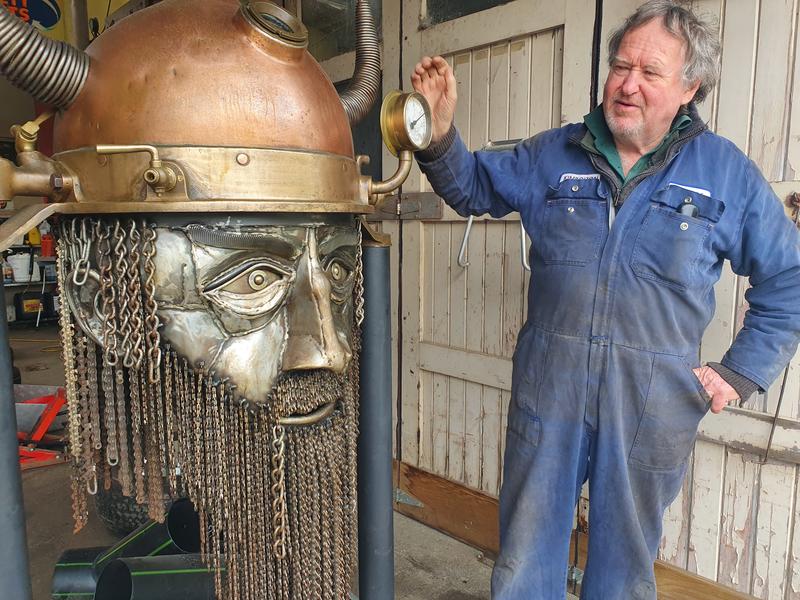 Terry with his viking.

The directions to get to Lez Carter's place were a bit like something out of Winnie the Pooh.

"Pass the woods on the left, find the big stump, go through gate 'til you see a London double decker bus."

And down a rumpity track, between some large trees, hung with chimes tinkling in the breeze, was exactly that.

Lez Carter, gypsy caravan-maker, psychiatric nurse and budding sculptor was in the doorway.

He's a first-time entrant in next year's Kimbolton Sculpture Festival which aims to put the small Manawatū town on the map as well as encourage locals to get creative and improve wellbeing and mental health.

Lez decided to join in to meet "like-minded people" and "because I'm a bit of a show-off and I love making things."

He's collecting bits and pieces for his kinetic sculpture from a scrap merchant and is looking for piano parts.

"I'm going to arrive with a bang and a clatter," he laughs, although he won't give too much away.

"I've always been interested in things that roll. There's a hint."

Lez and his wife Dee are, as it happens, psychiatric nurses, so know all too well the joys that making art can bring especially for people living rurally who may be isolated and suffering mental health problems.

"A large proportion of our clients are from rural areas, especially the young people."

Les is looking forward to spending many hours in his shed creating.

Entries are still open for the Kimbolton Sculpture Festival which takes place on 4 April next year.