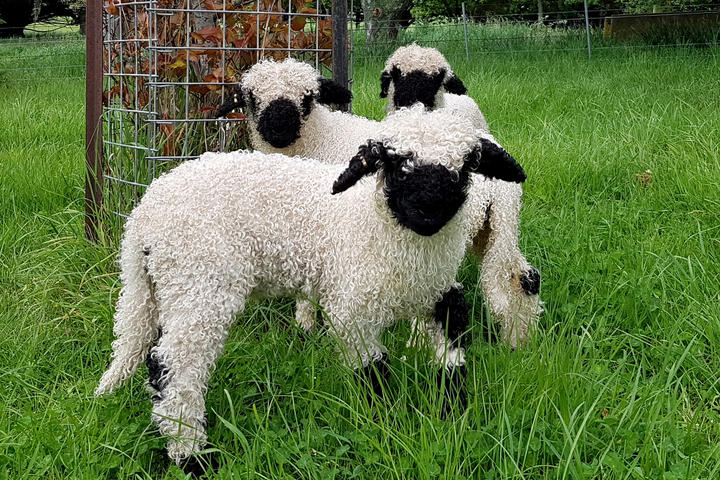 Often referred to as the "cutest sheep in the world" this distinctive breed with black face and ears, curly forelocks and spotted knees and hocks originate in the mountains of the Valais area of Switzerland.

They imported their first embryos from the UK in 2018 and from the 32 embryos 18 live lambs were born so there's no guarantee they'll work. The embryos cost $2000 a pop so it's a quite an investment.

This year they bought a further 15. "Luckily this year we had an 80 percent conception rate!" say Hayden. They ended up with seven rams and four ewe lambs. 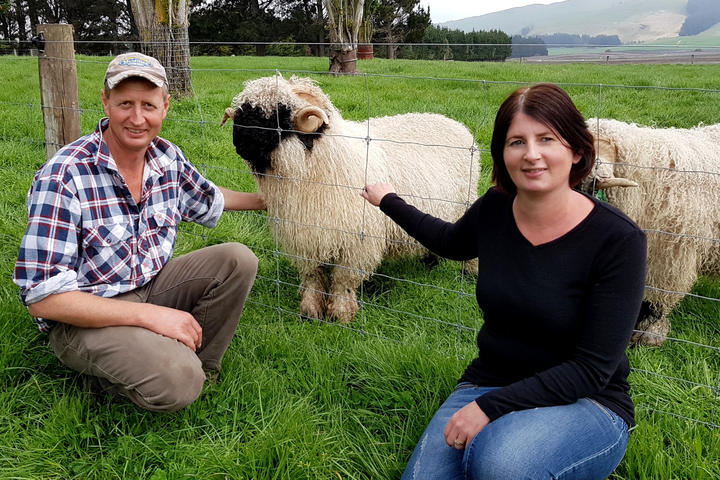 The Cowans are part of a nationwide Valais breeding-up programme with several other breeders who are crossing other strains with purebred Valais rams.

"So that's been a cheaper option for people to start the journey "Melissa says.

Their aim is to build the breeding flock up to 100 ewes, while retaining the best rams every year for breeding and selling the surplus ram lambs and wethers.

The Motanau couple also have the first "Spitti" valais born in New Zealand. A "Spitti" has reverse markings and Melissa thinks she's gorgeous.

"She's probably our favourite ewe. Totally black with little bits of white, even her horns are black!"