Jackie Law takes in unwanted pacers and trotters once they have finished their harness racing careers.

So far she's rehomed more than 600 horses, mostly from trainers who like to see them get a second chance. 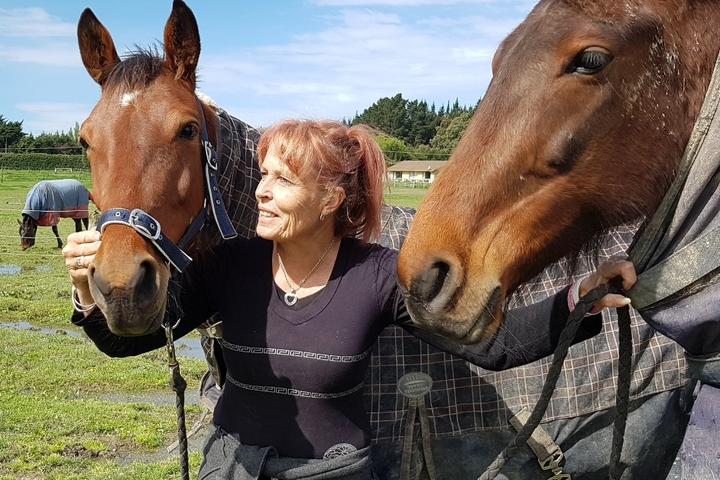 "They ring me when they've got something that's retired or not made the grade and then they drop them off," Jackie says.

If she doesn't take them on many "go to heaven".

The former racehorses are cared for at Jackie's property at Woodend in North Canterbury until they are adopted out as riding horses.

They often need training if they have never been saddled-up and this takes time, she says.

Eventually, she finds a good match for each of them.

"Some of them can go in two weeks, some for them are here months and months until I find the right home."

It is a labour of love for Jackie, who works three jobs to pay for the animals' feed and upkeep.

She is currently step-mum to about 18 horses and says it's hard sometimes to see them go to a new home.

"Some of them you get really, really attached to, others you just love, but others you really love".

Find out more about Standardbred Recycling and Rehoming Canterbury by joining the Facebook group.