Richard Logan, a gravedigger for animals

Richard Logan is in the business of burying "anything on two legs or more" – from emus, bulls and llamas to racehorses, Clydesdales, sheep, donkeys and dogs.

The biggest so far was a 1200-kilogram bull and the smallest a little Scottish terrier. 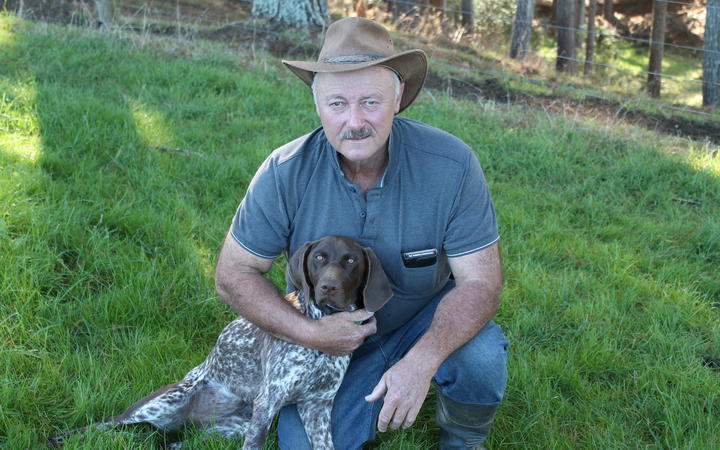 The Pukekwa-based former farmer and his digger deal with dead animals in a patch that stretches from Wellsford, north of Auckland, to Rotorua.

Their service is mainly for lifestyle block owners and people who own horses.

"Anything on two legs or more, from emus to the largest Hereford bull you have ever seen in your life. Llamas, alpacas, dogs, cattle, horses, donkeys, you name it."

Richard is available 24 hours a day, 7 days a week: "Even Christmas day... I always go the same day the clients ring me because I know the emotion involved with it."

It all started when Richard went to help a neighbour bury a horse that had been put down. The vet asked if he would provide the service for other clients.

"Invariably the owners will say to the vet 'What do I do with it now? It's 500 kilos in the middle of my paddock."

Sometimes dead animals have to be removed from properties.

"Quite a bit of my work now is take-away," he says.

Those animals are taken to a landfill.

"Especially the studs and the commercial growers of horses, let's say. It's a business to them. The horse isn't the love of their life. They just want it gone."

Dead horses used to be taken to rendering plants, Richard says, but a change in regulations has meant that option is no longer available.

"The only place they can go... is to the tip. I hate having to do it but it's the only place I am allowed to get rid of them."

Richard says he always asks owners if they have a friend with a property he can use for a burial.

He's called in by the police if there's a car-versus-stock accident and also deals with dead animals for the SPCA and  Riding for the Disabled.

Not all of Richard's work has a sad ending, though.

He's often called on to rescue animals that have become stuck or stranded – about 80 percent of whom survive.

'I get a big buzz out of getting them out alive... For me, getting an animal up and walking around, that's a win."