Proud to be a dairy farmer

Invercargill contract milker Tangaroa Walker is looking at drying off his herd of 500 cows after a great season.

He says milk production is up 15 percent on last year and grass and winter crops are thriving in the warmer-than-usual soils. 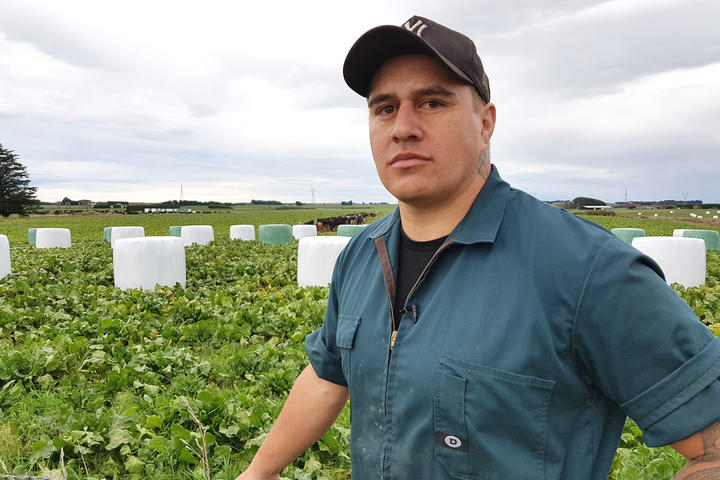 Tangaroa has plenty of extra feed set aside for winter.

The ambitious farmer, who hails from Tauranga, was the inaugural winner of the Ahuwhenua Young Māori Farmer Award in 2012 – and hasn't looked back since then.

As a contract milker, Tangaroa employs staff and owns the small machinery used on the farm. The farm owner provides the cows and buildings.

Staffing has proved to be the biggest challenge this season – two employees left at calving time, leaving him in the lurch at the busiest time of the year.

"It really pushed the limits with how I would cope because it was just me, but with the power of social media, I got some ex-sharemilkers to come in and help me out. And that gave me a lot of time to find some good staff."

As well as diligently working his way up the dairy ladder towards farm ownership, Tangaroa owns a local gym, is a keen rugby player and manages an educational Facebook page.