Mucking in together for mental health awareness

Northern Manawatu farmers have been coerced into taking social days off the farm to promote wellbeing and mental health in their community.

It's not something they did willingly at first but now they're "waiting for the next adventure". 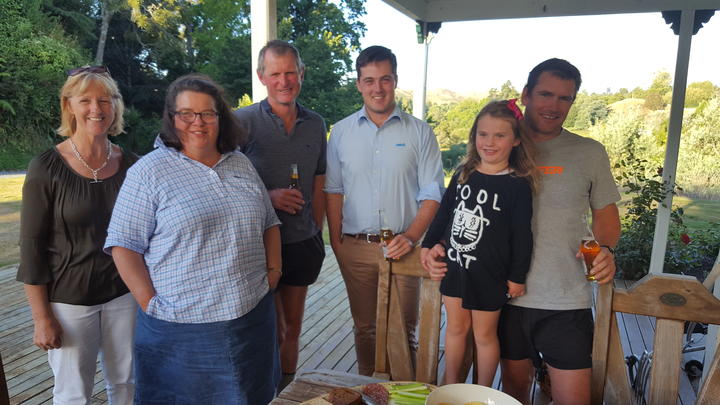 The events have been organised by local couple Kate and Mike Gee-Taylor, with Kate being spurred  into action when she realised she wouldn't get Mike off the farm unless she arranged something interesting to do.

"He's a work-a-holic and he thinks working seven days a week is a tremedously good idea. ... then once I realised he was like that I assumed other farmers were like that, as well," she laughs.

Turkeys, paradise ducks, wild cats and plovers are all fair game, deer are not.

Each year the numbers participating have increased.

In late autumn this year, 20 or so men and a few women did a one-day bike ride through the Whanganui National Park to the Bridge to Nowhere.

The main thing with a big event is planning ahead so everyone can work around the time off, Kate says, but it's also important to think about smaller, cheaper things close to home like a potluck dinner or a game of cards after dinner.

"Seeing other people, having a chat. One might say 'I'm really struggling with this winter' and so will other people be saying the same things."

Out-going Kate says she also talks about her own health scare (a near-death experience two years ago) to impress on people the value of getting professional help.

Although she was seen as being confident and having things in order, underneath that wasn't the case, Kate says.

"A trip to the shrink sorted that."

Farmers Jason Gillespie and Murray Curtis both admit that now they've been on the activity days they'd probably be inclined to give someone a ring if things got tough.