Retired archaeologist Michael Trotter has a real soft spot for rare-breed animals, in particular dun Dexter cattle and Arapawa goats. He has a small herd of each at his rural property at Tuahiwi in North Canterbury. 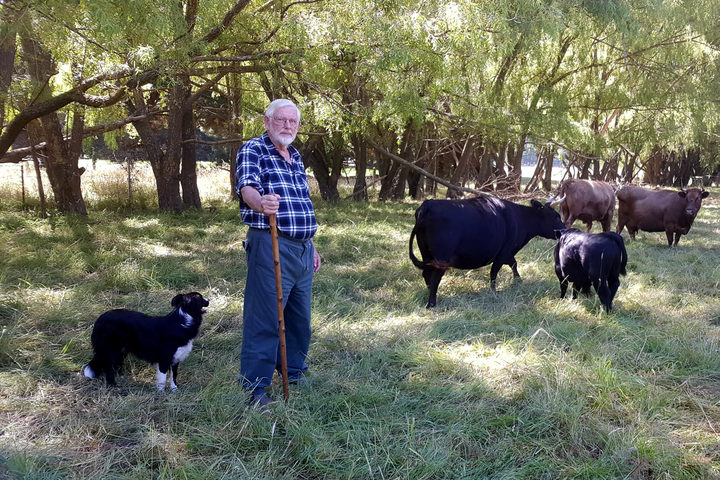 The Dexter breed originated in northwestern Ireland and was bred for both its meat and milk.

For such a small animal it has a good, wide and deep body, with well-rounded hindquarters, Trotter says.

"They're very good do-ers.They don't need very good quality pasture, they actually prefer stuff that has got weeds in it!"

The retired archaeologist, who specialised in Canterbury and Marlborough archaeology, became interested in Arapawa goats after seeing them in the wild while working on a historical dig on Arapawa Island in 1978.

"There's a general thought that they descended from some of the goats that Captain Cook left there at the end of the 18th century."

Trotter breeds the goats and exhibits them at the Canterbury A&P show and at Rare Breeds Conservation Society events.

Currently there are only about 300 Arapawa goats on the mainland.