Up and go on an Ubco, the Kiwi-designed utility bike 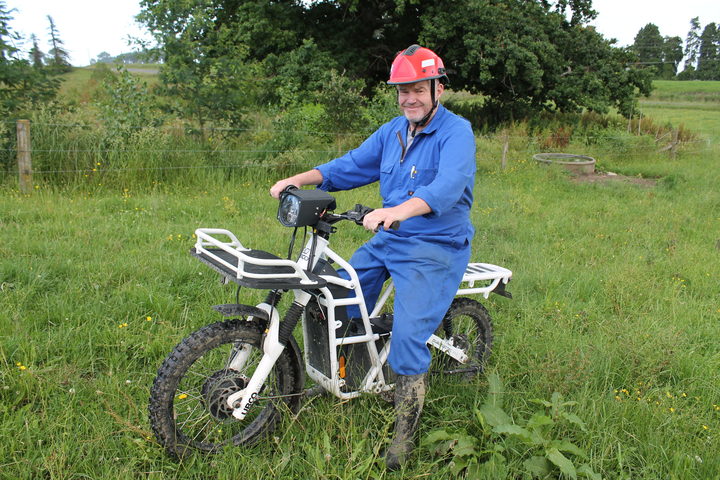 Waikato dairy farmer Craig Brown is so taken with his electric farm bike he's bought another one.

Craig bought his first Ubco bike just two and a half years ago and it's been a real talking point, he tells Country Life.

"Tanker drivers, anyone who comes in, they always ask about electric bikes ... and they say 'that's the future, that's the way things are going to go'."

Craig says the Ubco has all but replaced his quad bike because, at 40 cents per 65 to 100 kilometres, it's cheaper to run.

It also requires less maintenance and is safer to ride in wet weather, he says.

Ubco bikes are New Zealand designed and developed. The prototype was launched at the 2014 National Agricultural Fieldays at Mystery Creek near Hamilton.

They're being exported to the USA where they are mainly used for recreation, tourism and by park rangers.

A shipment recently sent to the UK is destined for use at large events, and in Australia, farmers and hunters are getting to know them. 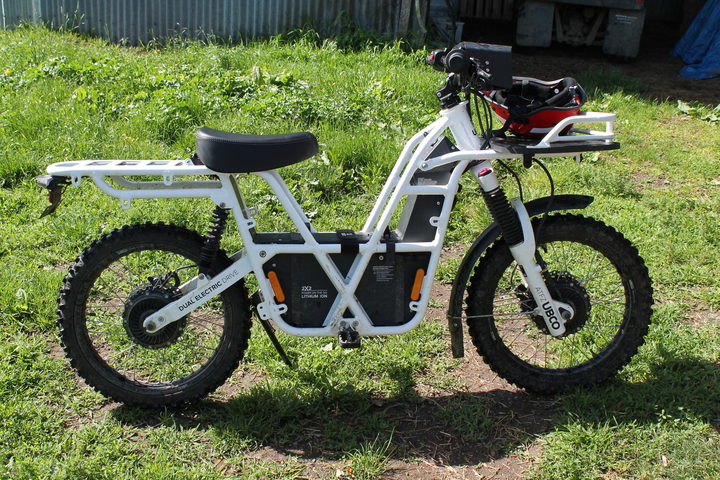 The Ubco bike company is based in Tauranga and was designed to be tough according to one of its founders, Anthony Clyde.

"We thought 'what would be the most difficult environment we could start with?' ... So a New Zealand dairy farm with corrosive urine, thick mud and high-pressure hose-downs... we felt that if it could handle that, it could handle absolutely anything."

He believes the road-worthy bike has huge potential as a fleet bike in urban areas.

Ubco CEO Tim Allan says the company's medium-term goal is to produce 10,000 of the white utility bikes a year.

The colour white was deliberately chosen, he says.

"Every major company owns a colour – Honda's red, Yamaha's Blue, Kawasaki's green and KTM has orange. Nobody had black and white... it helps us be identifiable so if anyone sees the bike they know exactly what it is."