Happy to be in horticulture

The people are great, the work is varied and the pay is okay, say the crew of nine who work on Illawarra Orchard – a 39-hectare property near Gisborne with apples, grapes and kiwifruit. 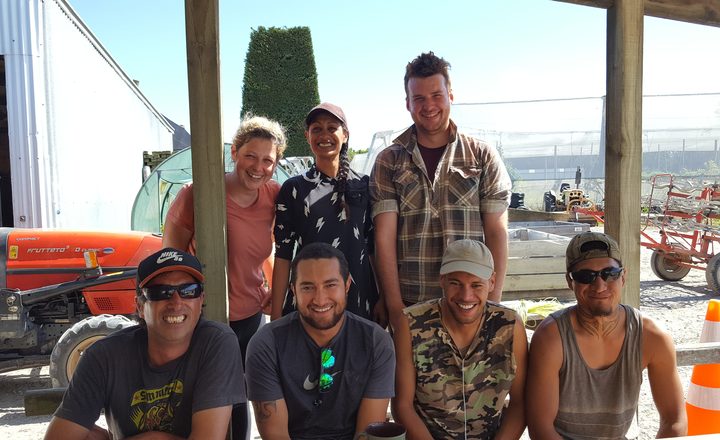 Growing in Gisborne: the future looks as rosy as a Jazz apple 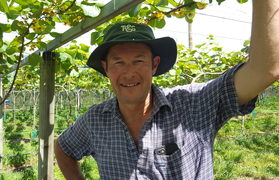 Business is "going really, really well" at the apple, kiwifruit and grape orchard near Gisborne that Tim Egan co-owns. Apples and kiwifruit are replacing traditional crops like sweet corn, peas and… Audio

Listen duration 16′ :38″
Add to playlistPlaylist
Download
Growing in Gisborne: the future looks as rosy as a Jazz apple

Lee – who has worked in kiwifruit for ten years – worked at Video Ezy previously and likes the variety of jobs in horticulture.

Trent – who has worked in grapes for four years – feels the same and also values being outside.

"I like that rather than being in an office. It's all good."

Jimmy – who has worked in apples for six years – was on the dole and roofing before.

It's the people that make the job for him. "The people are great."

He's enjoyed working his way up the ranks.

"You do more harder labour jobs at the start to prove yourself. Then you get put on to jobs that take more responsibility."

Philip – who has worked in apples for 18 years – started out at the bottom of the rung, he says.

"It took me years to get a decent wage, it was hard-going ... It's come to the party now."

The Gisborne horticulture industry is crying out for workers, Philip says.

"We need people. There's so much in Gisborne and so much horticulture and people don't realise how much work is actually out here."

Although horticulture work isn't for everyone, though, says crew member Kiri.

"It's an industry for some people. Others, it doesn't work for them."

She also loves getting to work outdoors.

"I get to see the sun every day. We can still work in the rain. I love it outside."