Matthew Grayling has a double life — some of the time covered in cow muck and other times wearing pristine cream jodhpurs, long boots and gloves. 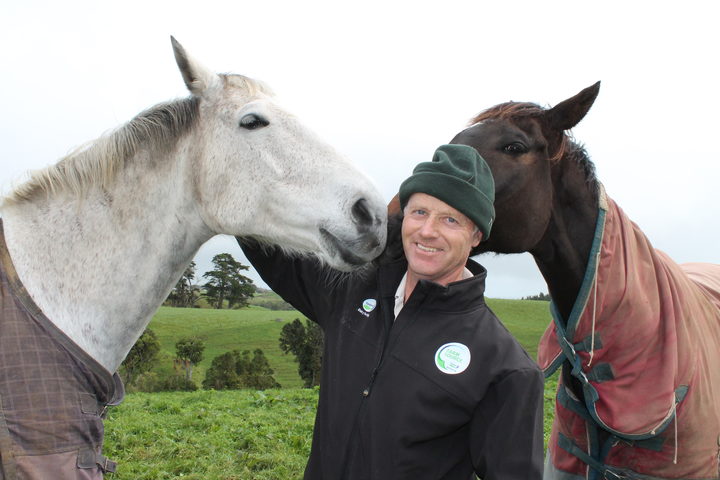 Horse and body willing, the 54 year old Taranaki dairy farmer hopes to again compete in some of the world's most gruelling and prestigious eventing competitions.

But it'd be preferable if they didn't coincide with calving.

The former Olympian hasn't missed a calving season since he was 18.

When Matthew was competing for New Zealand at the 2004 Athens Olympics he got a call from his father asking if he'd be home in time.

He did return, saw to the calves, and then returned to compete in France.

In a world where many equestrians at the top of their game are now professionals, Matthew's quite happy to tend to his herd and put the cups on his cows.

"I think it's quite a good balance ... It keeps you a bit more grounded and I probably think others sometimes need another interest other than horses just to give them that balance."

Matthew's current mount Trudeau is looking promising — he describes the horse as 'electric'.

"I think he's going to be alright. As long as I can keep training him how it needs to be trained and he keeps believing in me, I think we can go a little bit further yet."

For three years Matthew trained a horse called Parklane that later went on to win the 2011 Burghley Horse Trials.