Thousands of people celebrated the 150th birthday of the Far North town of Okaihau this Easter. Locals say the schooling is marvellous and house prices have increased in the past year as new faces appear on the street. 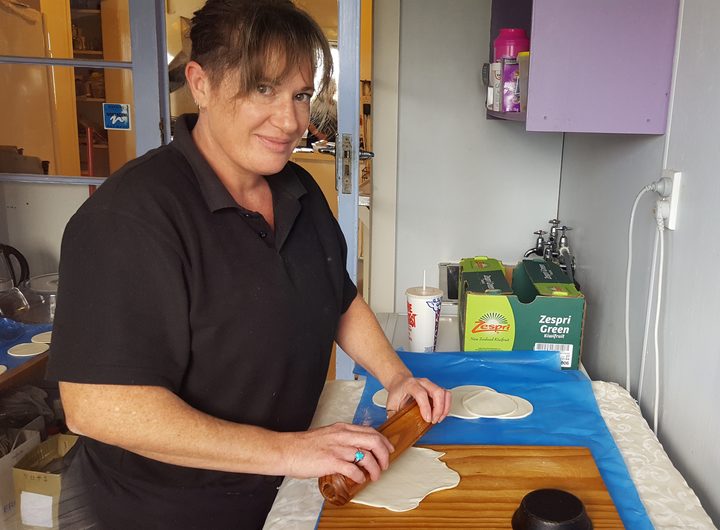 Pop into the kitchen out the back of the Village Cafe in Okaihau and you'll find Esther Booth beating butter the good old-fashioned way – in a bowl with a wooden spoon.

To a raised eyebrow query she declares "You know like Aunt Bettie used to make, make a base and put marshmallow on the top, and everybody loves it".

This loud, enthusiastic woman moved to the town to run the cafe three years ago. It was quite a bold venture for a recently widowed woman.

Esther says her husband died suddenly and she decided instead of staying home looking out the window until she followed him, she'd move and do something different. 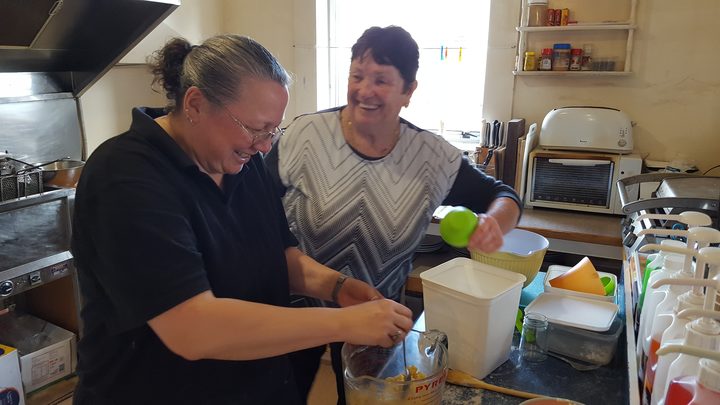 The cafe is run by two wonderful "fossils", one who's been there 15 years, the other 13 years.

They seem to run a well-oiled, hard-working operation.

Esther's happy to talk and laugh, but after a few more questions says "You've got enough?".  She has work to do.

Luckily, a patron – Neville Porter – arrives and confirms that this cafe is "the real deal". No cakes coming out of little cardboard packets here.

Okaihau – which has a population under 500 – is one of our stops in the new feature by Country Life looking at some of New Zealand's small towns. First stop was Owaka, gateway to the Catlins.

Okaihau is a vibrant place with plenty happening, Neville says.

The local primary and high school have excellent reputations around the whole of Northland.

He says the only thing missing in this little town is a decent hotel or pub.

Since the old one burnt down there's nowhere for these folks to go out to at night-times.

Esther agrees: "When you live on your own you do like to find somewhere to go... it's pretty lonely at nights."

After a moment's thought, she adds: " Oh, it's alright, you're supposed to go to bed to sleep anyhow, just go home and sleep, because you're tired. The day starts at twenty past five."

A town that attracted 3,000 people back to a recent 150-year celebration.

A town with a strong Tongan community that still worships in one of the five churches every Sunday.

And this is a town with a butcher's shop that's been there for 85 years.

Clint and Fran Clayden have owned it for three years.

They cure their own hams and make their own sausages there. Some even went to Perth recently with some visitors who fell in love with them. 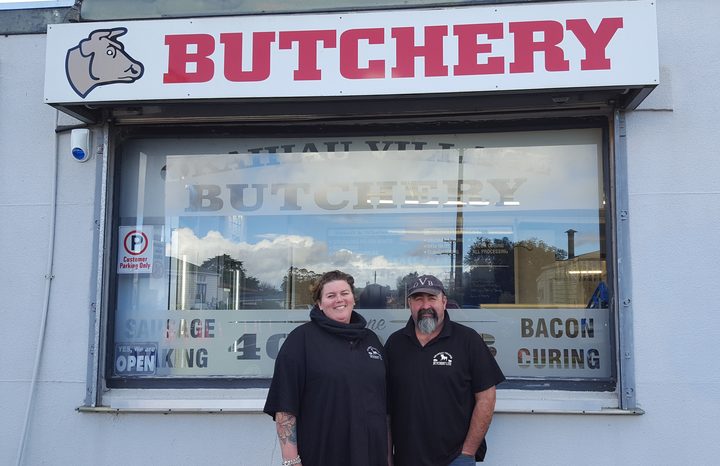