On the table there's a not quite finished glass of wine from the night before and on the sideboard, a card that reads 'Thinking of you.' 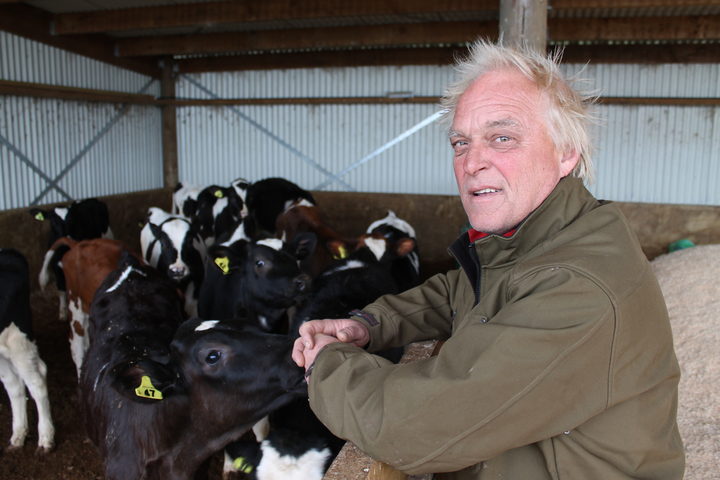 A pile of letters sits on the table.  The top one is Henk's "Notice to Cull."

It was delivered last week by his MPI incident control point manager and spells out, in black and white, that all of his stock must be sent to slaughter.

Henk's property, near Cambridge in Waikato, is one of 40 in New Zealand with cows infected with Mycoplasma bovis.

Eight hundred of his cows and calves need to go.

Ever since the government decided it would try to eradicate M Bovis, Henk's known the fate of his stock, but the arrival of that letter was still a blow.

He says he would have liked it to be delivered by MPI's Director of Response, Geoff Gwyn.

"There's not that many infected properties at this stage," he say quietly. "I thought MPI would have had more of a human side to it. To come and do it personally...come and sit at your table, face you and let them feel your pain, feel your suffering...You just suffer in silence at the end of the day and there's just nothing you can do."

"I do realise I can't fight it. I have to go with the flow."

Henk has been breeding cows for 30 years and milks year round.

"Every morning my alarm goes at five o'clock, 365 days a year and I always look forward to going to get my cows for milking." 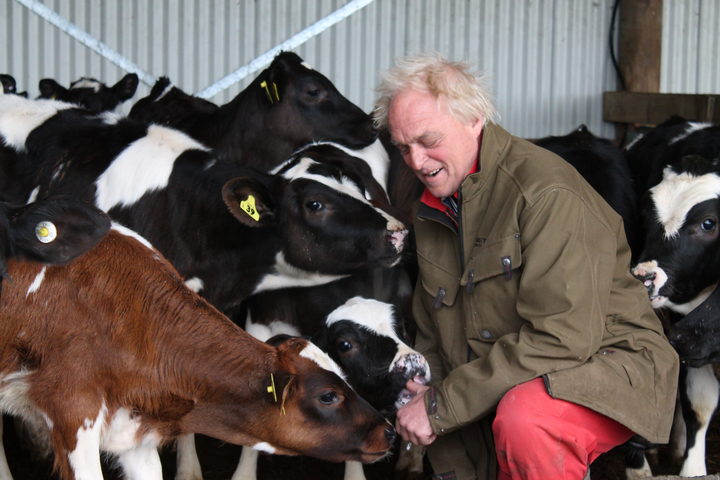 He says he especially loves his young stock.

"Because you always think the young ones are going to be better than the older ones. There's always something you want to change and, when you're breeding, you try to do that in the next generation."

Henk takes me to a pen of six week old calves and points out a set of tiny twins.

They're red friesians, a colour not commonly seen in New Zealand dairy herds.

"They were born red but I think they're going to go black. See how the black hair is starting to come in their faces, I think in a year's time both of them will be black."

Henk seems to have temporarily forgotten that these calves won't be here in a year.

But he does say he doesn't have to cull these calves immediately. He'd like to take embryos from the better ones - but he doesn't know if MPI will allow it. He's asked but he hasn't heard back.

Meanwhile his spring calving cows are just starting to calve.  Henk has bought a captive bolt gun to kill the calves at birth.  It stuns them before killing them.  He says it's more humane.

He's already shot 74 calves that arrived in autumn and expects to do the same to another 140.

He won't ask anyone else to do it for him.

"I always check my cows at calving time, particularly the young cows. You want to make sure they've got an easy birth.  This year it'll take a bit of motivation I guess to get up at one o'clock in the morning just to check on your favourite cow.

"All the time I have to keep telling myself I am just doing this for the benefit of the dairy industry so I hope all my colleagues are going to be very thankful for me taking this hit for them."

Henk's not sure he'll stay home the day his entire herd is trucked off the farm to the works.

MPI director of response Geoff Gwynn was not available for an interview, but did send a written response:

"We understand this is a difficult time for affected farmers including Mr Smit, but we are working hard to address his concerns.

"His incident control point (ICP) manager is in ongoing contact including weekly face-to-face meetings and regular phone and email contact.

"Earlier in the month I offered to speak to Mr Smit directly, and that offer remains open. We encourage Mr Smit to raise any issues directly with me or his ICP manager.

"Our overall approach is to work with farmers on a case-by-case basis reflecting their individual circumstances rather than taking a one-size-fits-all approach.