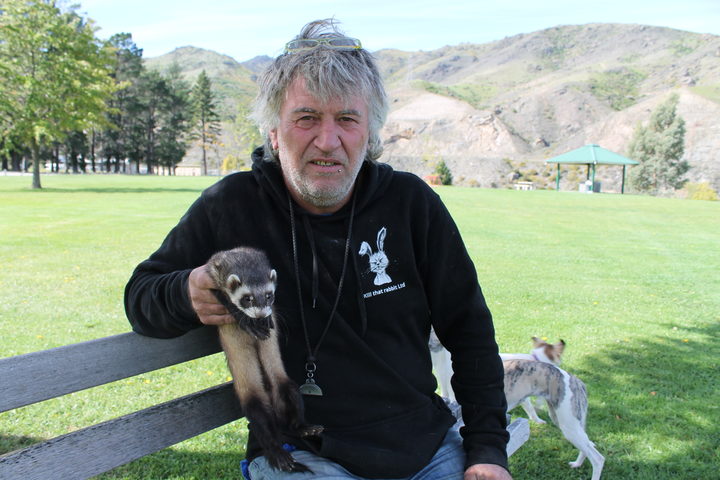 Stephen is one of about six rabbiters in the South Island who use ferrets – he has ten on his workforce.

Crank the ferret works for a couple of hours at a time before getting a rest.

"I'll put him in a hole, a rabbit comes out and we might shoot it, or the dogs will catch it... or he will kill it down in the hole... then he wanders out." 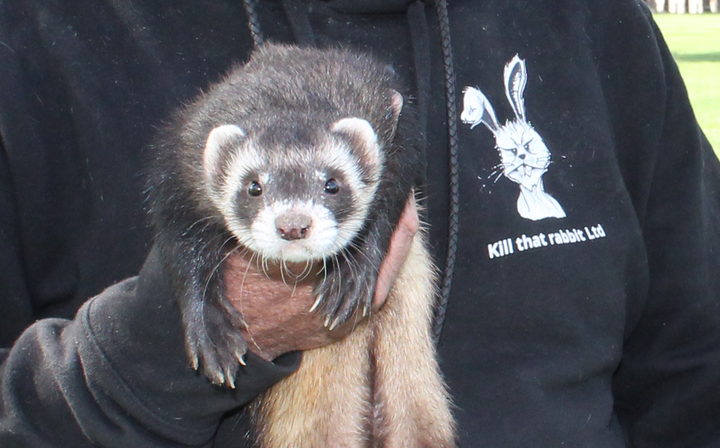 "If you've got a big warren you might put three or four ferrets in. You might be in one warren for four hours and shoot 100 rabbits plus what he kills under there."

A new strain of rabbit calicivirus was released late last month, with hopes it will reduce the region's rabbit numbers by 40 percent.

Stephen's watching with interest to see how much impact it'll have.

Of the ten other rabbiters he's spoken to, none have come across a dead rabbit since the virus was introduced.