Commercial blade shearers Phil and Allan Oldfield take a break from shearing a mob of sheep on Russell Brodie's farm at Rangitata in South Canterbury. 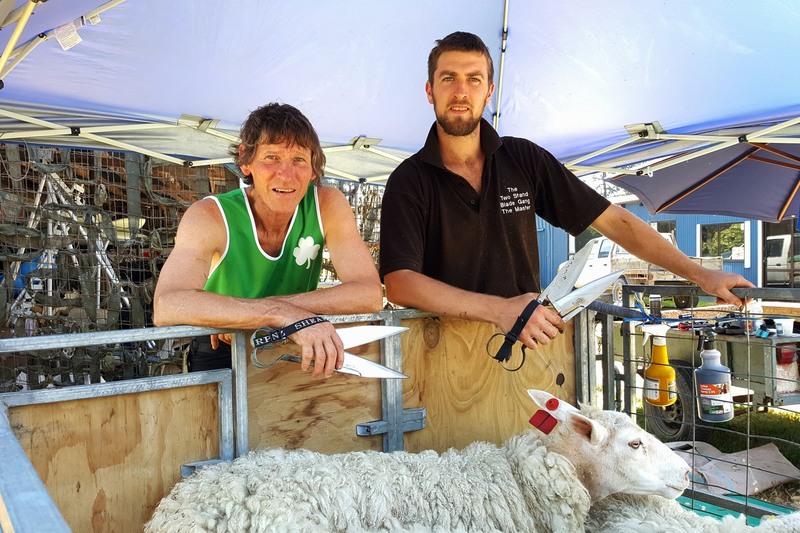 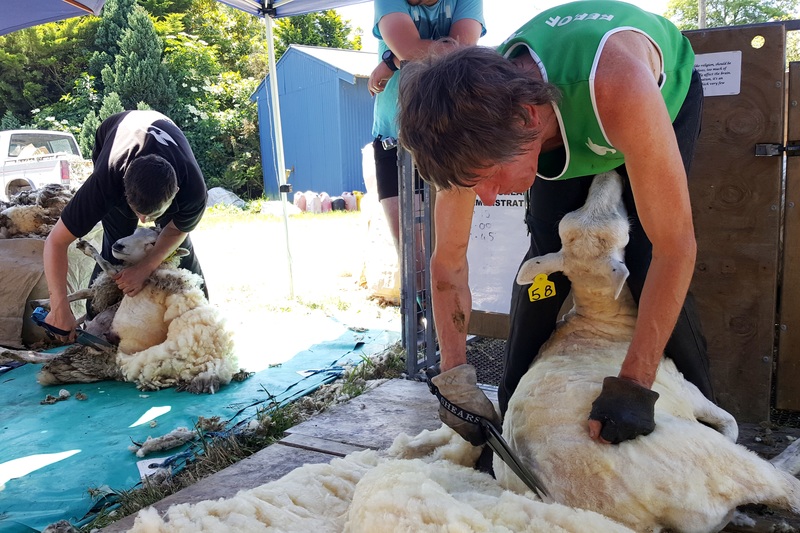 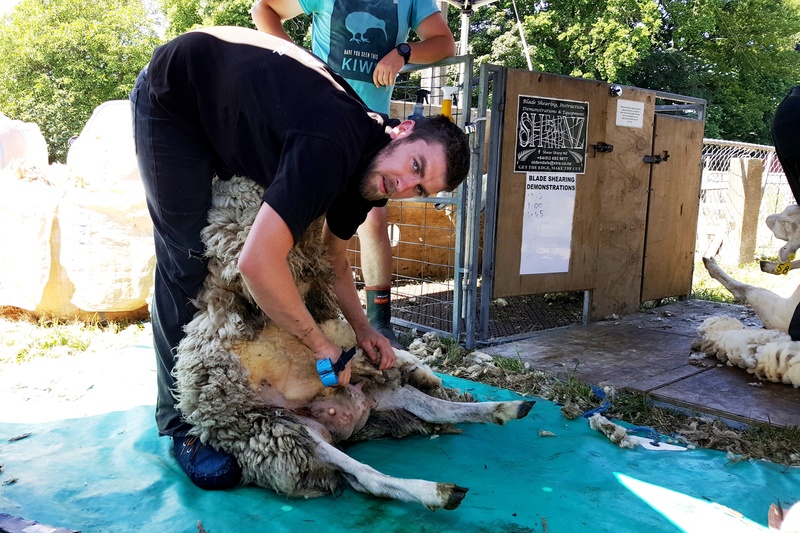 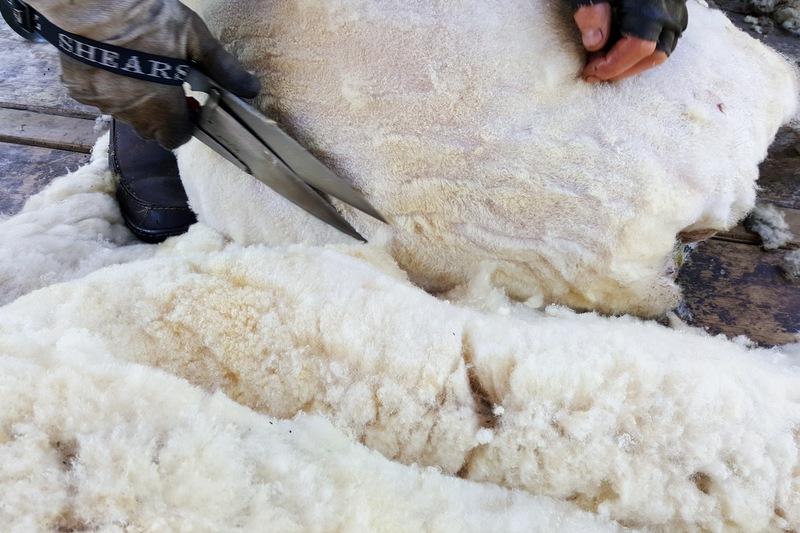 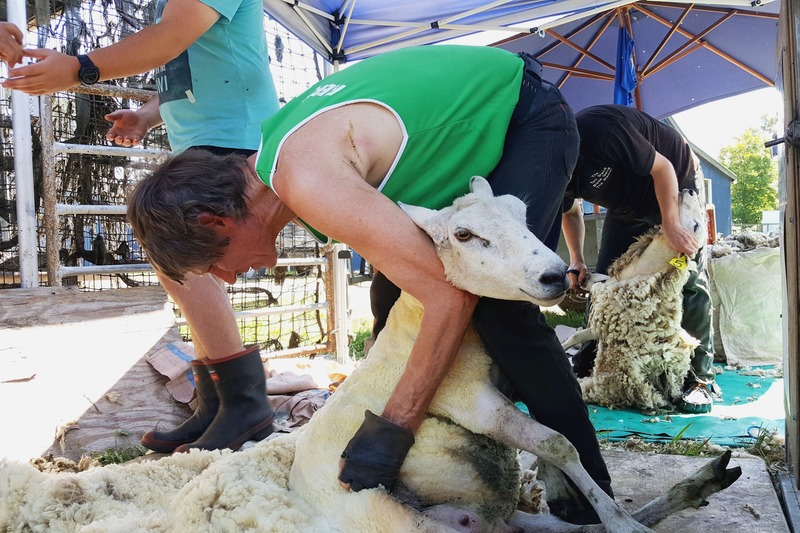 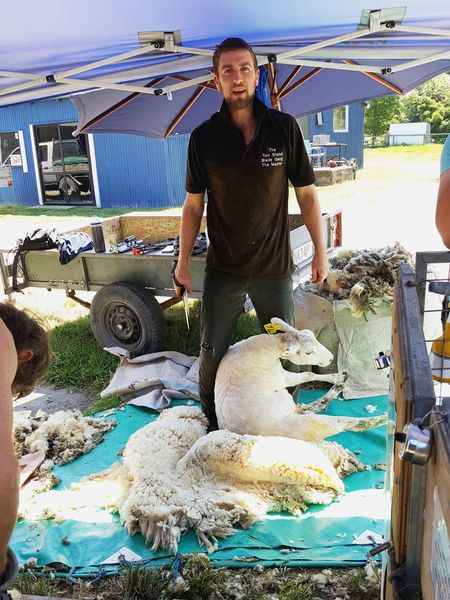 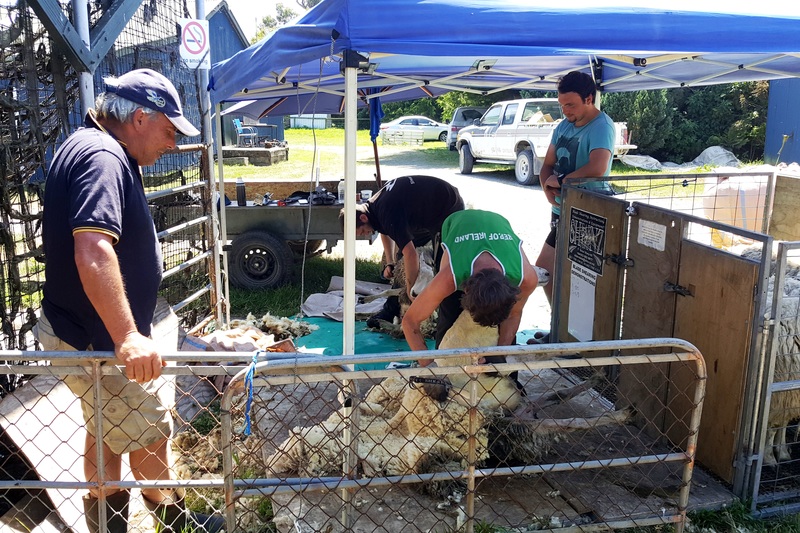 Around 500,000 New Zealand sheep are shorn with blades each year.

Thousands of them at the hands of Phil and Allan Oldfield.

The Geraldine men are professional blade shearers and say they typically get through between 150 and 200 sheep a day. The going rate is about 3 dollars per sheep for large flocks and a bit more for stud and pet sheep.

As well as shearing, Phil sells high-grade blade shearing equipment, while his son Allan travels around the around the world shearing and teaching people how to cut wool off sheep with the giant scissors.

"I was teaching in agricultural colleges in Argentina, shearing schools in Spain and France, and in England, I was commercially shearing and also taught in a couple of blade shearing schools," he says.

Blade shearing is growing in popularity in Europe in particular because many farmers are downsizing their flocks and no longer require machine shearing gangs.

Allan says blade shearing leaves more wool on than machine shearing so sheep stay warmer. He says it can increase wool growth by up to one extra fleece worth in a sheep's lifetime because the wool grows back more quickly when it's not shorn down to the skin.

"It's also easier on your body than machine shearing and it's just more social," he adds.

Russell Brodie has always preferred his finn-cross sheep be shorn with blades because it is less stressful for the sheep and better for the environment.

Phil and Allan have been coming to his farm for several years.

"It's the romantic side of shearing, the way they did it 150 years ago. There were sheep first shorn here back in the late 1850's and they were shorn outside just as we are doing today," he says.

Phil and Allan also compete on the national and international shearing sports circuit.

This year Allan won six speed shears and three sports shears in Australia, while Phil came third in the open blade event and second in the team event at this year's World Shearing Championships in Invercargill.