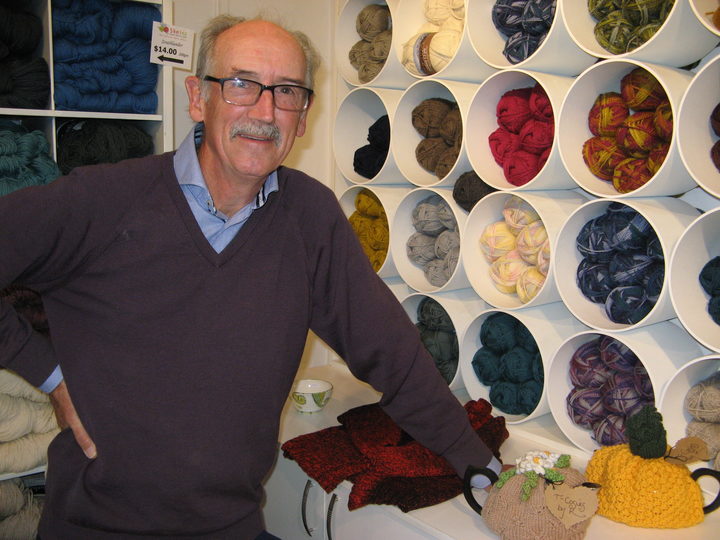 A small yarn manufacturer in Napier has gone from employing 85 staff in its hey-day, to about 18 now. From the 1990's on, cheap imports of hand knitting wool and fine wool clothing from China undercut yarns made in New Zealand. Design Spun has hung in there and its co-owner Peter Chatterton thinks they'll survive at the level they're at now.

Peter Chatterton is a very clever man.  He's been making wool based yarns for over 40 years and knows everything you can want to know about turning a natural wool fibre in to a yarn that will be used for hand knitting, weaving or textiles.

Peter emigrated to New Zealand, from Yorkshire, in 1974 and started working in a wool mill in Dannevirke.  It's an industry he's never left.

And why would you leave he says.  "One of my favourite animals is the merino. Look at that crimp, that lock of fibre on its back, it's fantastic. A passion for fifty years .. it's ever changing."

Design Spun is now New Zealand's only worsted yarn spinner, in the 1970's there were about 10. From the mid 1980's China starting becoming a strong competitor.

As other yarn manufacturers fell away, this company kept going by down sizing. It became nimble, creating speciality fibre blends, and offering to do small dye runs. After banks started pulling their support, Design Spun's co-owners Peter Chatterton, Ian Kelly and Brendan Jackson re-mortgaged their homes.

The faith in their product paid off and today Peter believes the mill is in a sustainable position.

As to the future Peter says he will keep on creating new blends. Whatever the customer wants.