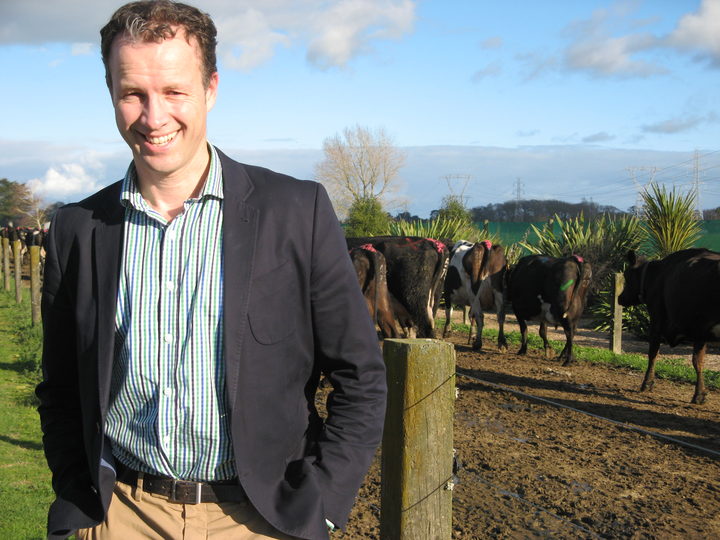 Across the board cuts in cow numbers or stopping irrigation schemes aren't the way to achieve clean rivers and streams in New Zealand according to Dairy NZ chief Dr Tim Mackle.

The answers, he says, are science-based technological advances and looking at setting rules on a catchment by catchment basis.

Some environmentalists have called for the dairy industry to reduce cow stocking rates and use public money currently earmarked for irrigation schemes, to help farmers transition to more sustainable farming models.

But Tim Mackle says that could result in pain for farmers with no environmental gain.

"We need to stand back sometimes, breathe through our noses ... and actually realise ... globally, we have a great reputation. There are definitely some things we've got to fix and get on top off, but let's not throw the baby out with the bathwater. I do worry about that. And so do farmers."

Farmers may need to tell their stories better too. Ninety-seven percent of waterways are fenced on dairy platforms, nearly 100% of stock crossings no longer go through water courses.

That's huge and shouldn't be underestimated according to Tim.

"No matter what the opponents say, that's a big deal".

Keeping sediment, phosphorus, nitrogen and e-coli out of waters is a major way to clean things up."

He admits the dairy industry has been slower than it should have been to react to environmental concerns and that they did focus for a long time on increasing production.

People may be surprised, he says, to know the dairy industry doesn't want cows in every part of New Zealand.

He questions having cows in the McKenzie Country but says neither Dairy NZ nor Fonterra had a say in that happening.

"Sometimes it's hard to reach a middle ground with environmentalists...but I think at the end of the day we're a small country, and if we genuinely want to solve issues and get to the same end point, then we've all got to work together."