A lot to crow about 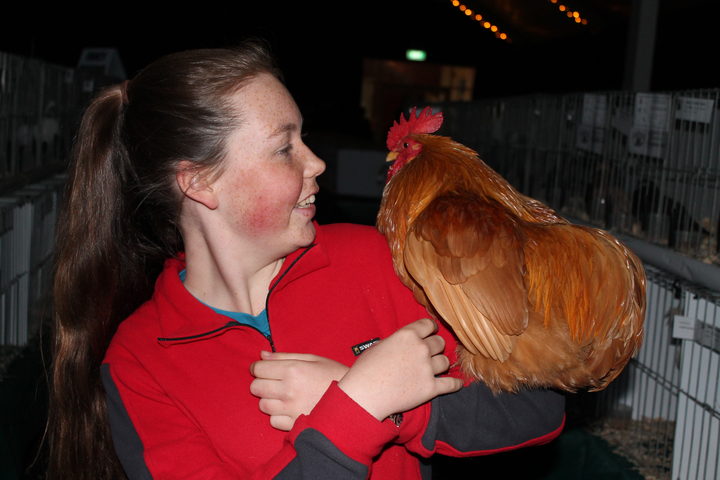 Kathleen Bayliss' children often roll their eyes at their chook-loving mother... especially when she's in the shower with the birds.

"I have a stool in the shower and I shower them, then I dry them off and bring them out and they get blow dried.

"My kids just think I'm mad. They call me the crazy chicken lady."

Kathleen is the secretary of the Waikato Poultry and Pigeon Club which recently held its 115th annual championship show in Hamilton.

This year 1250 chooks, ducks, pigeons and roosters were entered for judging and their coos, clucks, quacks and cock-a-doodle-doos reverberated noisily around the exhibition hall. 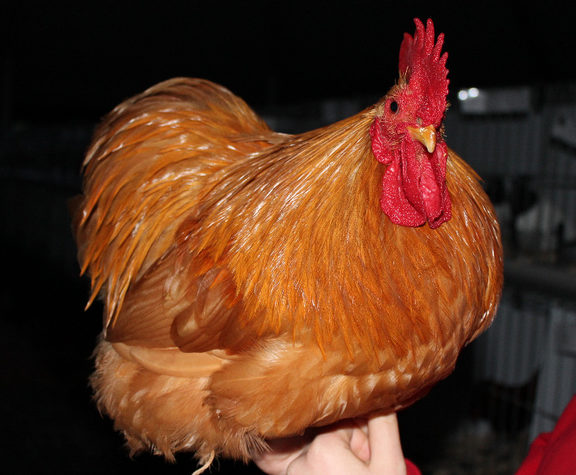 Fiona says the event gives breeders the chance to showcase their birds to the public.

"We can't import any birds into New Zealand so the birds we have here are basically all heritage breeds which means we need to preserve them because once they are gone they are gone.

"The show acts as a bit of a shop front window. It allows people to see what's out there and what's available in New Zealand and then perhaps look at the possibility of taking it up as a hobby for themselves."