Every year, hunters and locals from Manawahe head out onto farmland and into the hills to shoot rabbits and other pests for the district's bunny hunt – a community event with games, skinning competitions and prizes. 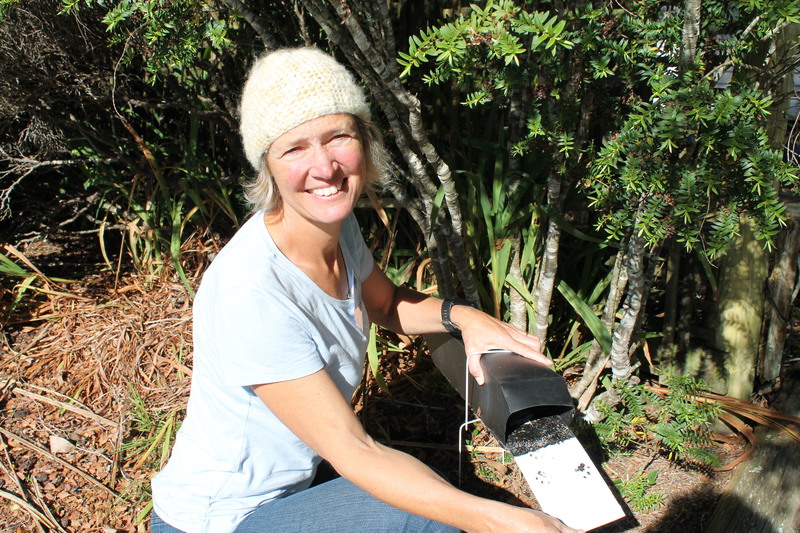 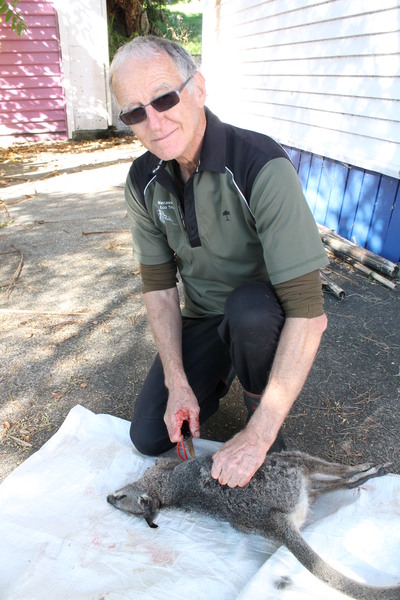 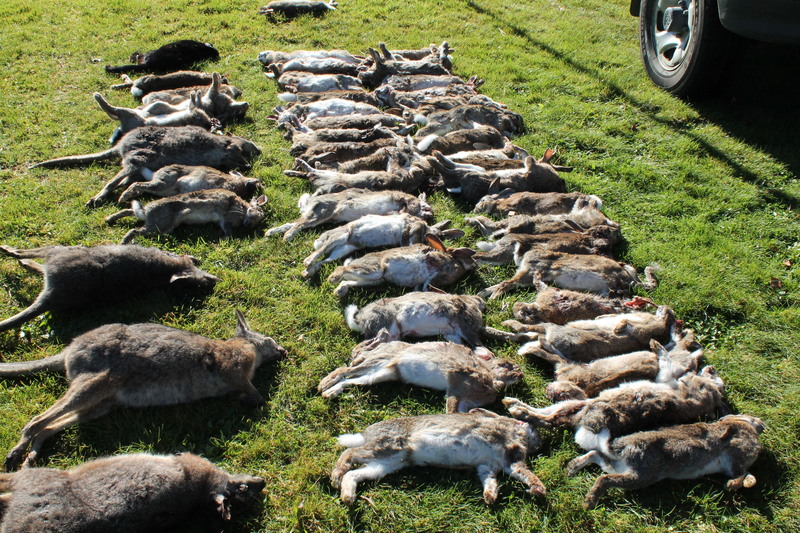 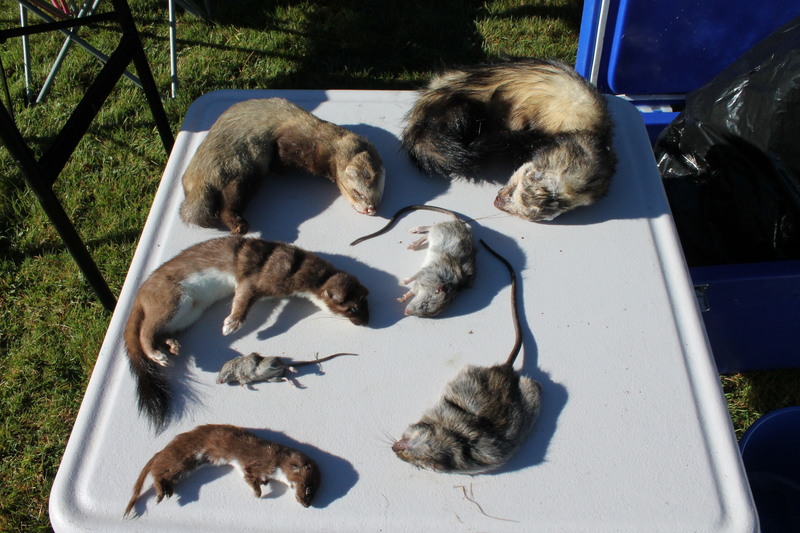 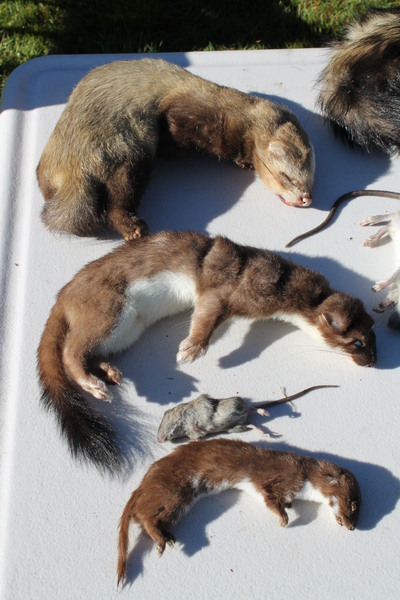 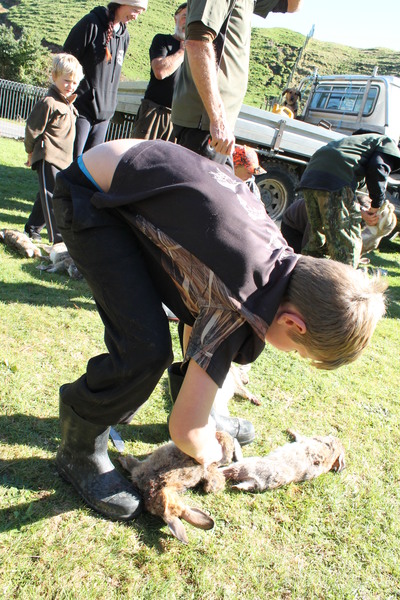 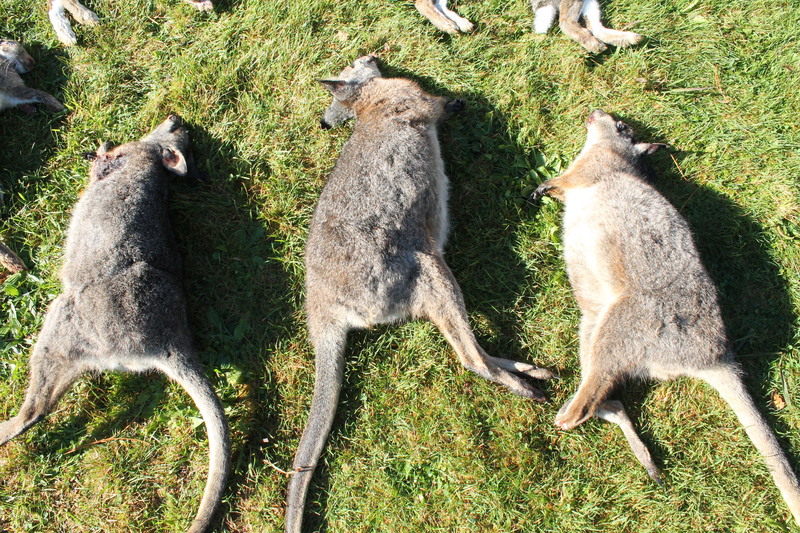 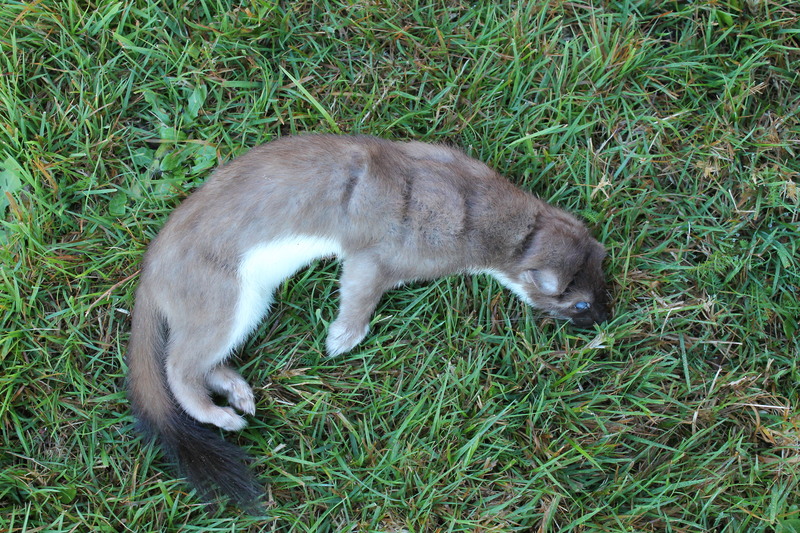 He's hoping when some 'young guns' roll up in their utes they will jump on the end of a spade to help.

It's all a bit grisly, he admits, but it's for a good cause.

Peter is the biodiversity officer for the Manawahe Eco-Trust – and today's the day of its annual Bunny Hunt.

The growing hole in the ground is for the skins, heads and guts of the rabbits and for the carcasses of other pests; feral cats, wallabies, possums, stoats, ferrets and rats.

Manawahe is a farming community between Matata on the Bay of Plenty coast and the Rotorua lakes, and locals and keen hunters from further afield are due to arrive with their bounties.

In an area hopping with rabbits, and one that has a resident population of Kokako and an impressive corridor of native bush, Peter says it's important to get rid of them.

"They feed up the stoats and ferrets and cats and when the rabbits fade off in the winter all these predators turn their attention to birds and lizards."

The bodies of the rabbits are kept to become bait for all of the stoat trapping programmes in the eastern Bay of Plenty.

"So the rabbits will be skinned and gutted and put into the Regional Council's freezers. They have a 'chop up' day. When they are all frozen they get them out and band saw them and chop them into cubes and put them into salty water," Peter says.

The Bunny Hunt is a community event with games, skinning competitions and prizes for those who bring in the most rabbits, biggest range of pests and most wallabies.

"You've got deer in the bush, you've got possums and you've got rats. If you've got wallabies that's just another browser that removes the seedlings so your forest won't regenerate," Peter says.

"We certainly don't want wallabies moving east into the Ureweras. That'd be disastrous."