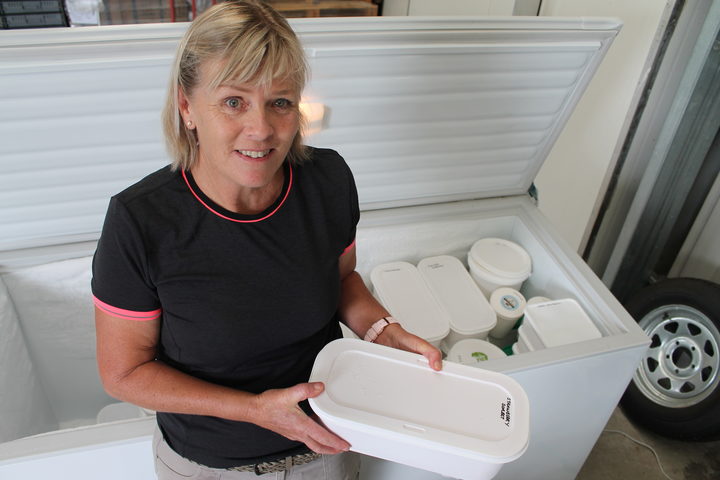 Boutique ice-cream maker Jan McIntyre's ute becomes a mini milk tanker when she heads off to pick up creamy milk from dairy farmers who live just down the road.

The Matamata blueberry orchardist brings the milk home to her little creamery in the fruit packing shed, pasteurises it, ages it and then, within 48 hours, churns it into ice-cream.

Jan says the ice-cream making venture started as a way to get her fruit out to locals rather than sending it all off-shore.

Once she'd learned how to make ice-cream under the tutelage of an Auckland chef, Jan needed a milk supply so she approached local jersey farmers Ben and Sarah Troughton. 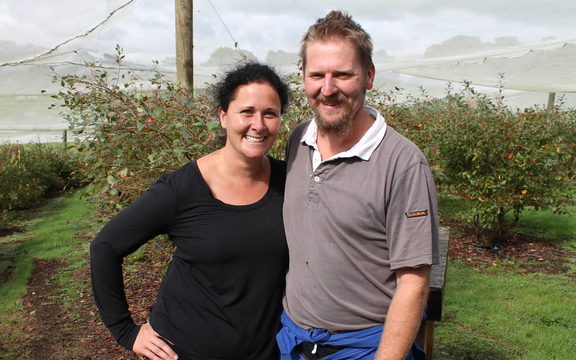 "Jan's so nice we said yes," Ben says with a laugh.

It was also because they share the same philosophy.

At that time Ben and Sarah were selling raw milk at the farm gate.

"This area that we live in is such a bountiful area. We've got beautiful soils and mostly stable rainfall and we've got the potential to grow anything we want here almost.

"We already have growers here growing quite an array of produce but it is all exported and that seems crazy because the best food that's produced is all fed to someone else, not to our local community," says Ben.

Jan says supermarkets in Auckland are interested in her ice-cream. "At this stage that's not what it's all about," she says.

Jan sold her horse float in order to buy a food truck that she parks in the tiny community of Waharoa to sell her ice-cream to passing tourists and locals.

It's also sold at a handful of other outlets – all not too far from home.