Knock Out The Needle 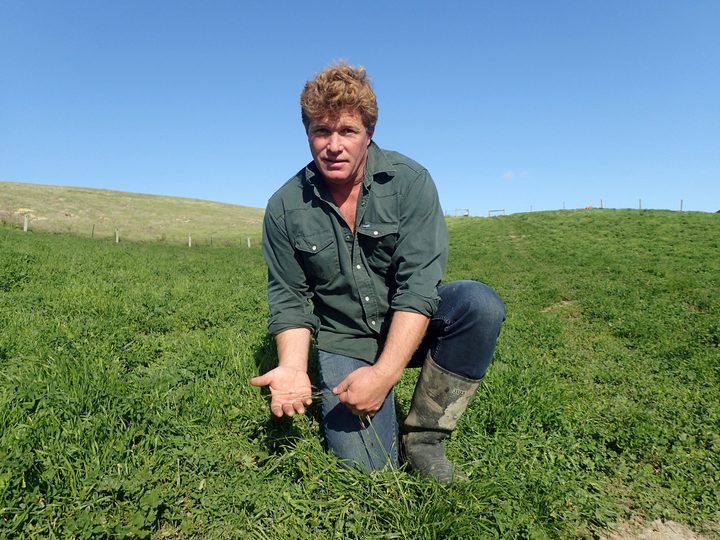 Tim Struthers is winning the war against Chilean needle grass at his Blind River farm in Marlborough.

The grass is an invasive weed that impacts on farm production and animal welfare. Its seeds have a sharp, needle-like tip which attaches easily to stock and can penetrate their skin and muscle.

"I've seen it with a sheep that ran through a paddock of needle grass. It was slaughtered for mutton and [needle grass seed] was right through into the meat within five minutes. And not just one or two, we're talking about thousands of seeds," he says.

The seed is spread predominantly by stock, people, vehicles and machinery. It can be also be taken to new areas in stock feed, such as hay, so Tim takes every precaution to minimise any spread from his property.

"We're under a surveillance programme here run by the district council and all large machinery needs to be washed down and inspected by the council before we take them off site".

Stock leaving the property go straight to the freezing works.

"Every single sheep that comes off this place is finished, nothing gets sold store, which is a good thing."

Tim now uses a herbicide called Taskforce to control Chilean needle grass but prior to that, it was near impossible to manage. Land that is sprayed must go through a three-month withholding period and the spray can be hard on other pasture species.

"It really knocks the ground in terms of the standard grasses that we've sown in the past and weeds and hardy stuff keep coming back. But we've been trialling some drought tolerant species of grasses and legumes and we're starting to come up with a plan – something that'll survive a summer and out-complete the needle grass which loves the hot dry," he says.