The Hawkes Bay community of Wimbledon has a permanent population of just 10, but this year 150 gathered for the ANZAC Day service, followed by a free lunch at the tavern. 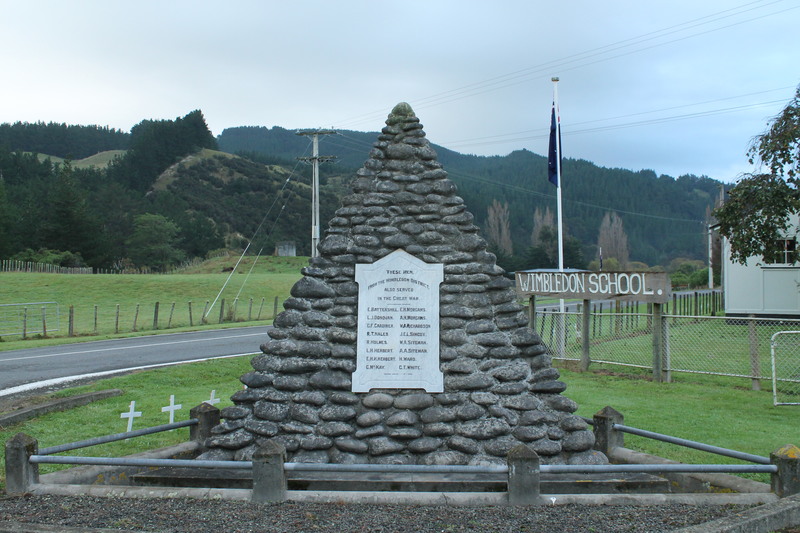 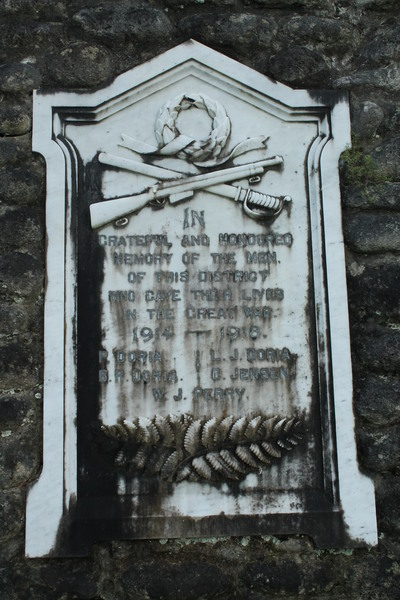 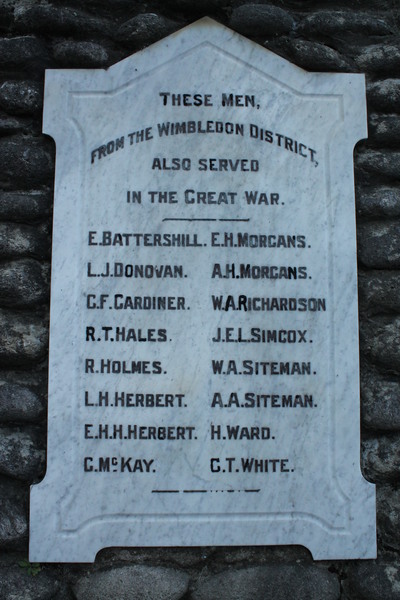 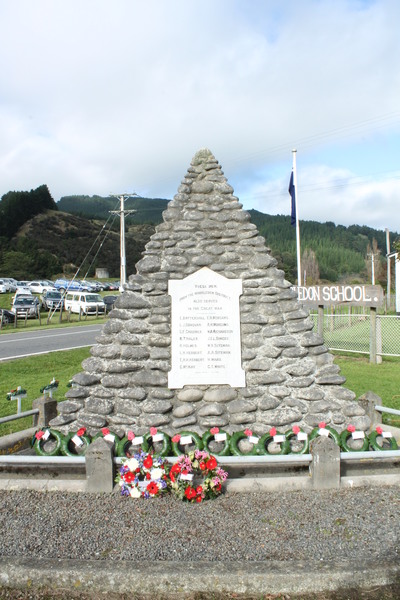 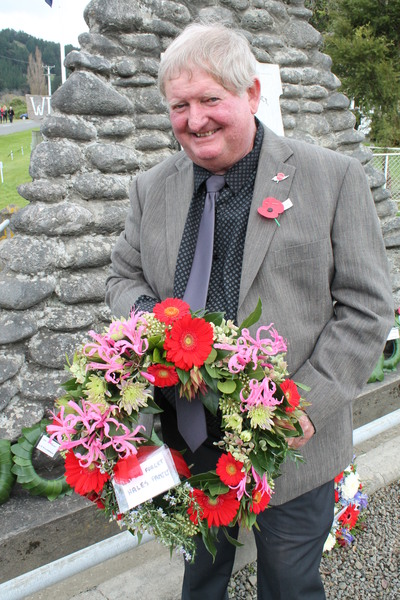 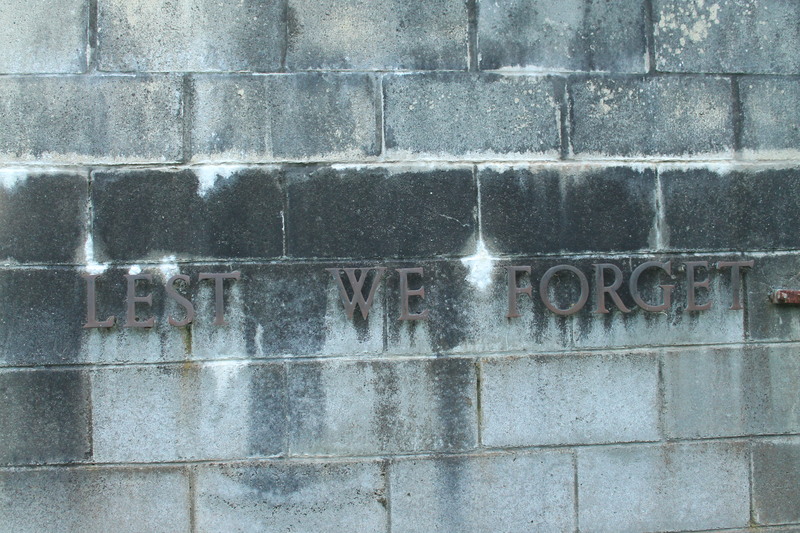 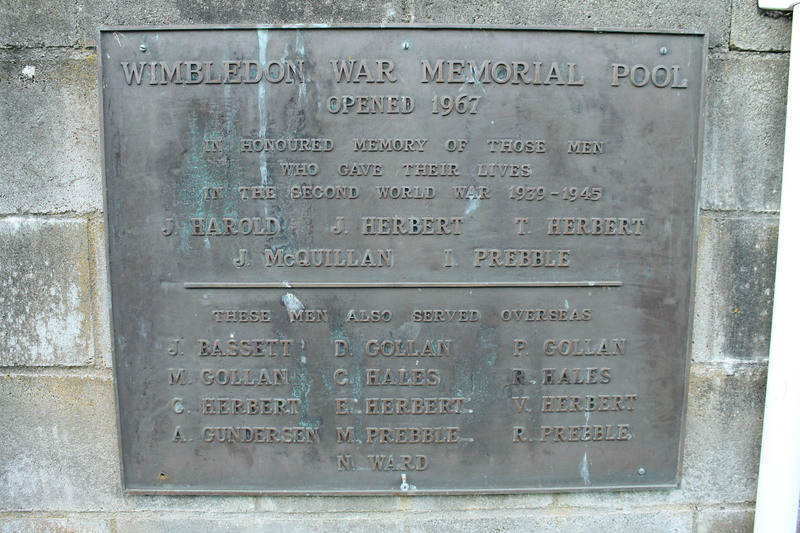 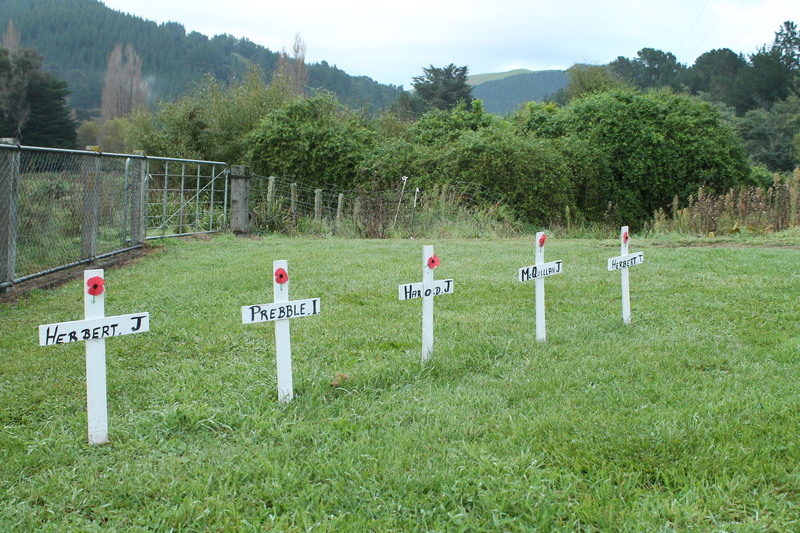 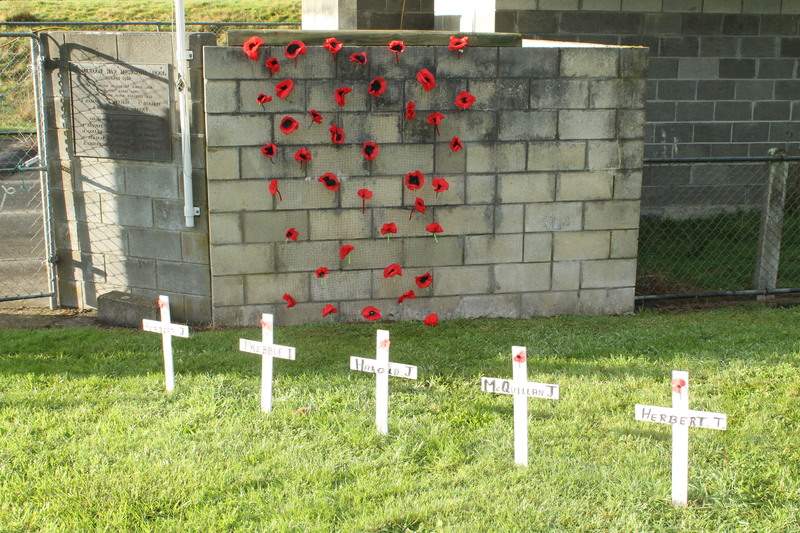 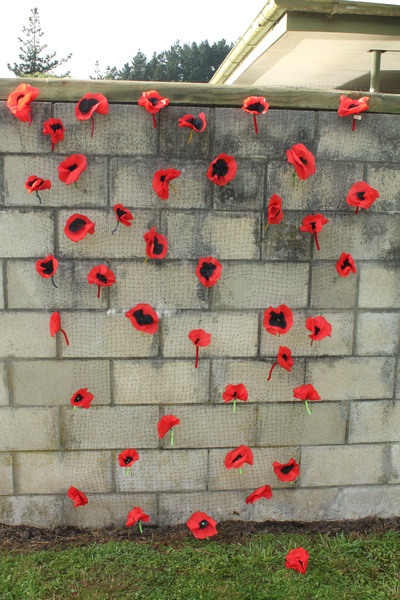 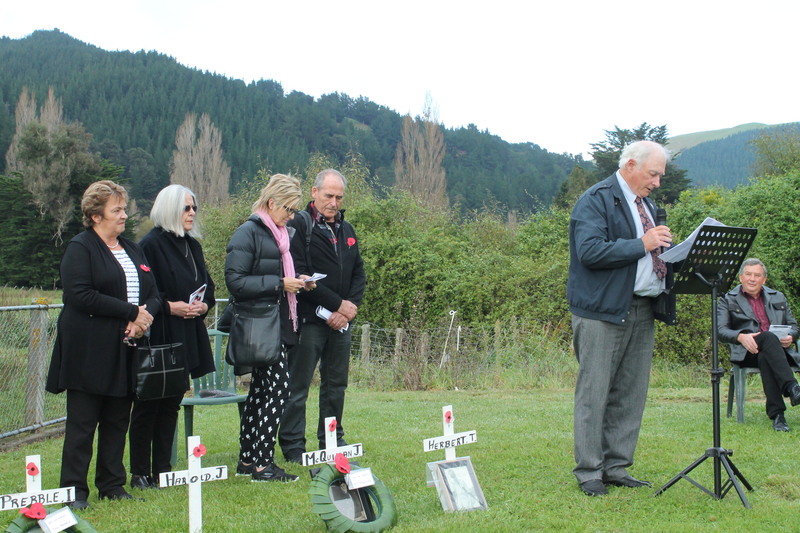 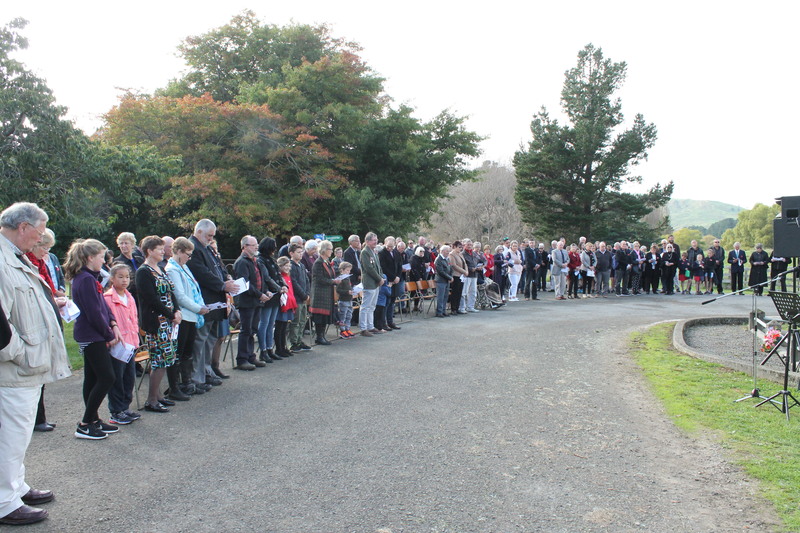 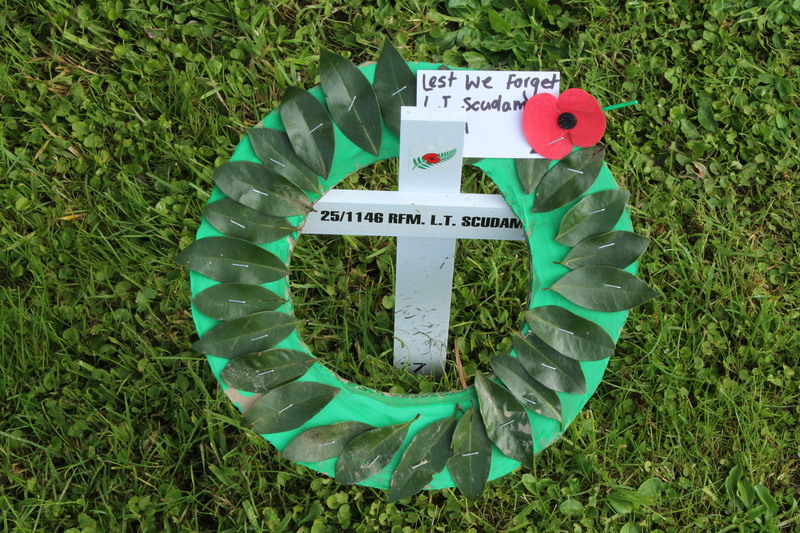 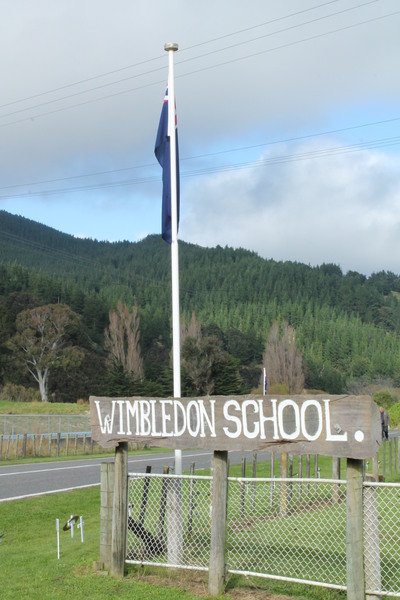 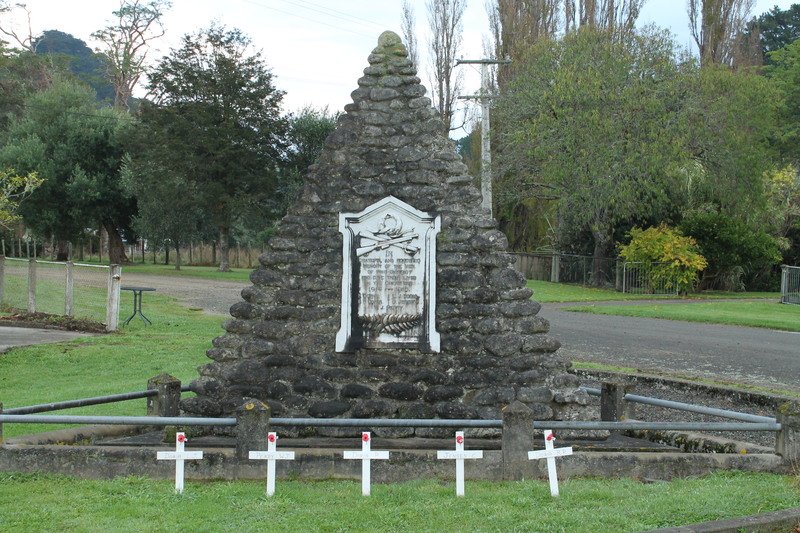 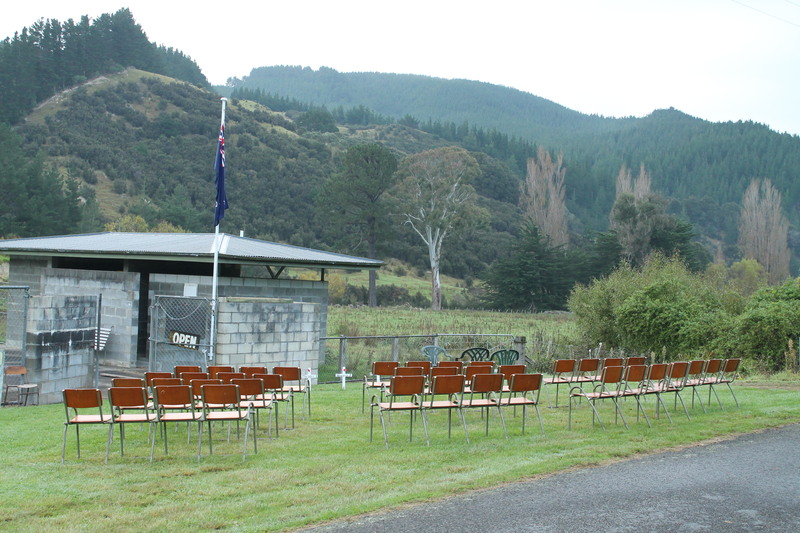 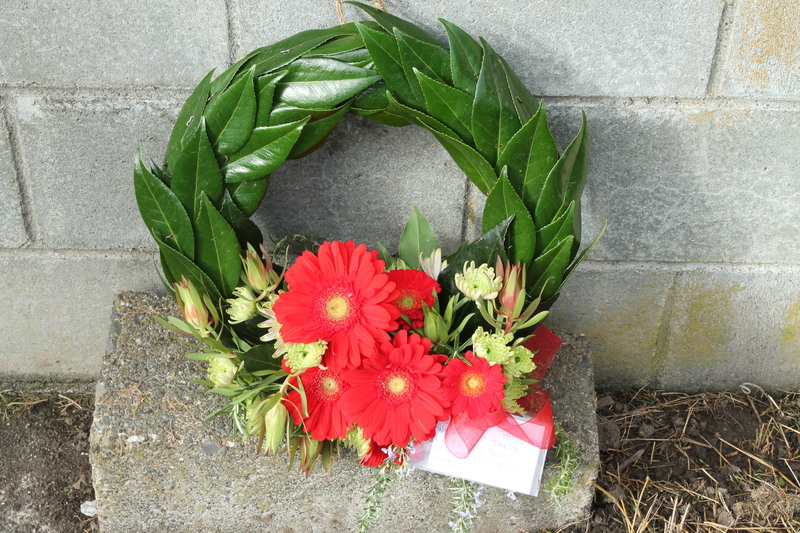 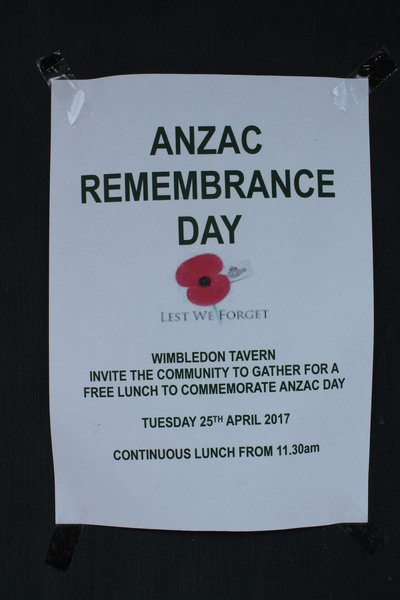 For 29 years, Lorraine de Visser has put on a free ANZAC Day lunch for her community at the Wimbledon Tavern.

This year, just one veteran sits at the bar in the special spot reserved for the old-timers.

Earlier, locals, veteran's families and visitors had stood solemnly beside Wimbledon's two memorials; one made of local stone, triangular and striking, the other the memorial baths built instead of a memorial hall.

The district's school children make wreaths, the community's mechanic is the minister who leads the service and the Last Post echoes through the country-side played a local woman who used to be in the airforce band.

He says 21 men from the district left to fight in WWI and again in WWII. Both times only 16 came home.

"I would think that every young person in this district probably went to the war so it took the whole lot."

A dance was held in his wool-shed to farewell each man.

Of the five Wimbledon men killed in WWI, three were brothers. Oak trees behind the now empty school were planted in their memory.

"Both received wounds," he says, his voice quivering. "My grandfather died after the war. He was shot in the back and he lived a very painful life and had four children but died at the age of 38."

"As he got older he suffered from post-traumatic depression. It must have been in him all that time and when he was very old it affected him badly."

It's believed men who returned to Wimbledon from WWI buried their uniforms inside the stone memorial; they were certain these would never be needed again.