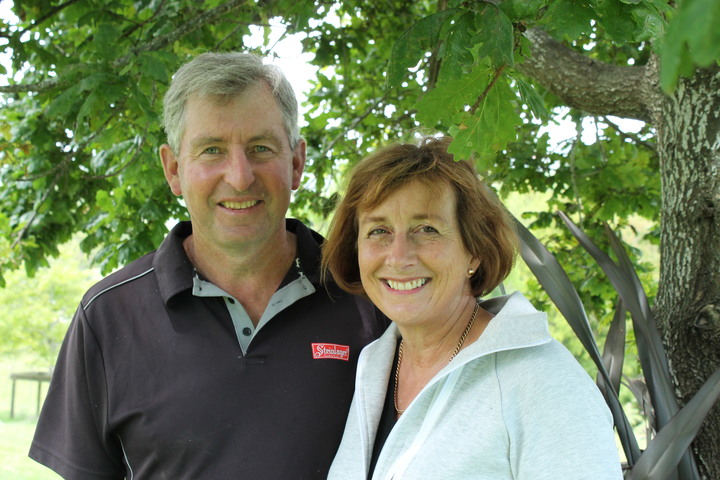 Helensville farmers Dianne and Richard Kidd have been asking if they could enter the Farm Environment Awards for years.

But it wasn't until last year that Auckland farmers were invited to enter, so they did and they won.

It was a good year. They then went on to win the Gordon Stephenson Trophy - a national honour presented to 1 of 11 regional winners in the Farm Environment Awards.

Dianne and Richard have been running Whenuanui Farm at Helensville for more than 35 years.

It's a picturesque sheep and beef farm about 40 minutes from downtown Auckland. 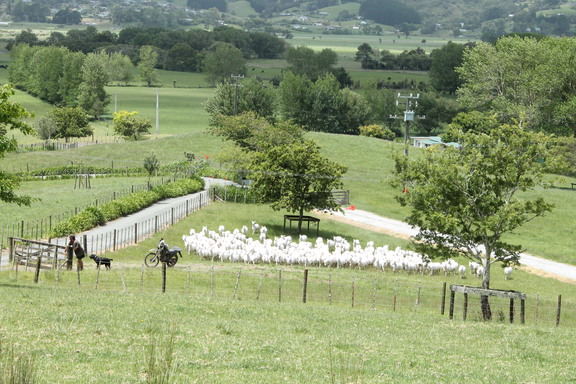 Richard says that there is a perception there's not much farming in Auckland.

"But the Auckland region actually has got 70 percent of its land in agriculture, horticulture and vineyards, so it makes up a big part of the area, and also we contribute about two and a half billion to the Auckland economy.

"As someone said to us, it's sort of the rural in the north and in the south that book-end all the tarseal and houses in the middle."

The Kidds farm had 1200 coopworth ewes and 300 angus cattle.

They've been working to improve the farm environment since they bought it.

"A lot of it was just commonsense, like you'd get the odd stock stuck in a drain or something so the simplest way to stop that was to fence the drains off."

Stock would also head into bush and it would be a struggle to get them out so bush blocks were also fenced.

"And then regeneration happened... and we have enhanced that over the years and have added some kauris and rimus that weren't on the farm and totaras around the edges. So a lot of what we have done is adding nothing to  income but it gives you a lot of satisfaction to go out over the farm and see it looking good and think back to what those blocks used to look like." 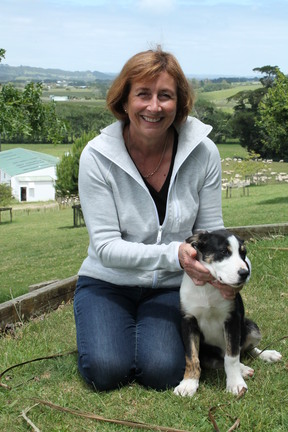 Richard and Dianne have an on-going campaign to eradicate possums and have their bait stations GPS positioned.  Two years ago more than 300 possums were caught.

The trees are thriving and birds have taken up residence in good numbers.

"We've got a small population of kākā now actually on the farm which is a thrill when we see them," Dianne says.

Whenuanui Farm, with its picture-book looks and proximity to Auckland is a favourite for filming. Many commercials and short films have been shot there.

"We're lucky to live in the Kaipara River Valley and we  back onto Muriwai Beach and the Woodhill Forest," Dianne says.

"But what I think Richard has been really visionary about right from when we were married was to look at the whole of the farm as a landscape. In parts it's just like a park, it's beautiful."