A symphony of Central Otago flavours 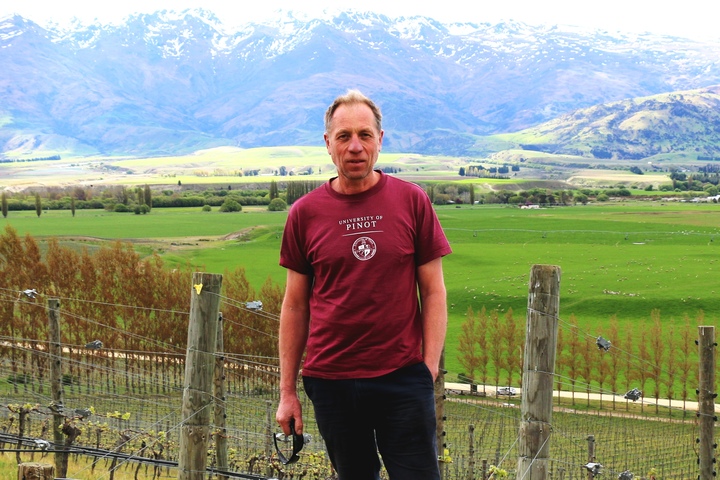 Austrian-born Rudi Bauer is on a mission to make wines that capture the essence of Central Otago. In 1996 he established the biodynamic vineyard Quartz Reef on the north-facing lower hills of Bendigo with support from merino sheep farmer John Perriam, who once called the land his "rabbit shit country".

Originally from Salzburg, Rudi came to New Zealand in 1986 and worked as a winemaker for ten years before finding his true calling at Bendigo Station.

It took four years of hard work to transform the semi-arid stony slopes into a biodynamically sustainable hillside now lined with thousands of Chardonnay, Pinot Gris and Pinot Noir grapevines. The water used to irrigate the vines comes from an underground river.

"That was the jackpot, really. There is one thing to have a vision but the other thing is how do you bring this vision into reality, and effectively if there wasn't any water available, the vineyard wouldn't have happened in the first place."

To increase soil fitness and root heath Rudi uses organic compost made on site. The plants are given a regular boost of seaweed sprays and chamomile, stinging nettle and valerian teas to keep them well-nourished and protected.

"The most important part comes down to the compost and having mulch, so constantly having organic matter for the bacteria and the fungi to live on and work on... the vine roots get more excited as they are getting what they want," he says.

Rudi is a two-time winner of the New Zealand Winemaker of the Year award.