Treading lightly on the soil

Bev's been farming organically since 1992 and 12 years ago moved on to a farm west of Warkworth and set about transforming it from one that was 'sick and not happy' into a farm with rich topsoil and vigorously growing grass. 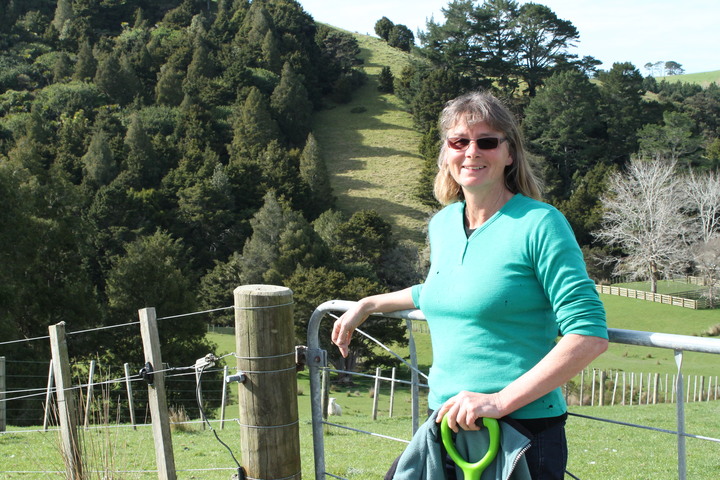 "I started (farming) in the UK and there organic/biological farming is considered much more mainstream than it is in New Zealand. For whatever reason I  think we have been a bit slow on this one and we're a bit behind the eight ball...because the markets are there and are very, very strong and people want this stuff.

"It's a shame because New Zealand could be producing so much of this fantastic food and really meeting a world demand  as well as a domestic demand."

Bev worked as an ecologist for 20 years and now helps run the Northland Biological Farming Group which provides support for organic farmers and for those considering taking the leap into farming in what she calls a 'regenerative' way.

Bev's used those farming methods to nurse her farm back to health.

When she bought it the land had been badly pugged by heavy stock and any air had been squashed out of the clay soils.  Grass couldn't grow.

And there was only one or two centimetres of topsoil. 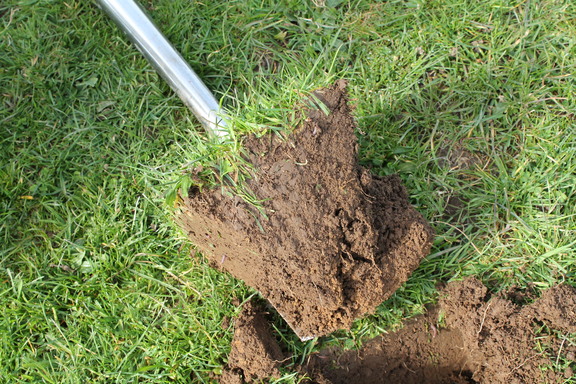 'It was just hard. Hard as. You couldn't even push a penetrometer through the soil which is a method of testing how soft and porous the soil is. Now, in 12 years, we've got 15 to 20 centimetres so you can grow topsoil really fast if you are managing your land in a sympathetic way."

Bev now pushes her spade through the soil like butter.

"Worms!" she declares with delight.  There were none when this farm became her home. "Zilch."

Bev has made sure fences are stock proof so she can control grazing on her farm, she farms lighter animals that are  easier on the land, she tests the soil and applies organic fertilisers to increase microbes in the soil.

"You know if we can grow top soil and keep it here in the paddock which is where it's meant to be growing crops and  grass and livestock, you know this is fantastic hope for the future I think."