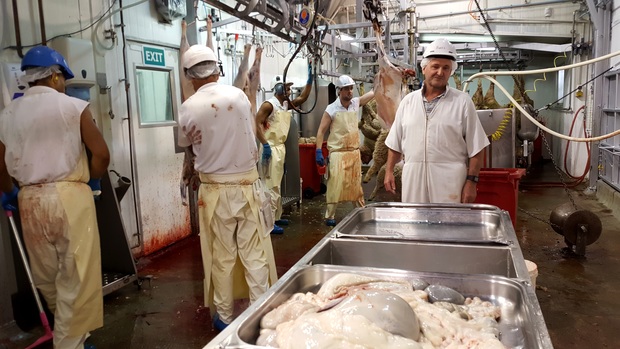 The Harris family has a way with knives.

It was their parents, Clare and Dennis Harris, who established the original butchery in Cheviot in 1956.

But the tradition of being a butcher goes back even further. Clare's great-grandfather, John, was a butcher as was her grandfather, Jeremiah and also her father, Billy Harnett.

Bryan's three children have also all worked at Harris Meats at various stages and he did his apprenticeship under the watchful eye of his father.

"My Dad was from the old school, he was strict and we certainly knew what was right and what wrong. He trained me and my younger brother Nick and he had a big influence on us," Bryan says.

Harris Meats has grown considerably since its humble beginnings and now it's the largest employer in the Cheviot area with about 45 staff, mainly at its meat processing factory in Domett.

"We built the business from nothing so it means a lot to us and the people who work for us. I don't expect them to have the passion for it that I have, but if they don't care at all they're probably working for the wrong people".

There are no jobs Bryan asks staff to do that he can't or won't do himself and he often fills in on the floor when there are staff shortages.

Cattle, sheep, pigs and even goats are slaughtered and processed all year round at the abattoir and all the meat is free farmed and sourced as locally as possible. Most of the meat goes to supermarkets and butcher shops around the South Island.