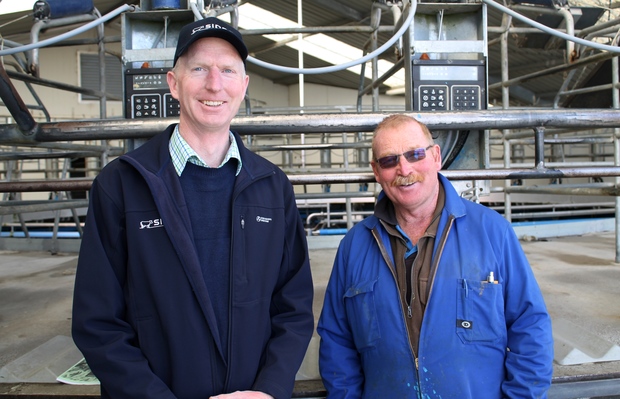 The Lincoln University Dairy Farm is operated by the South Island Dairying Development Centre (SIDDC) and is run as a fully-commercial farm.

The focus for the 2015/16 season is to increase productivity without increasing the overall environmental footprint.

"It's currently operating as a demonstration farm, has been doing so since 2001 when it was converted into dairying and we run it on behalf of the industry to show what can be achieved in terms of maximising sustainable profit from this platform"

In 15 years the farm has had more than 40,000 visitors, mainly farmers and others involved in primary industries, attending  open days and weekly walkabouts. One of most common questions is how they achieve the levels of productivity per cow they are achieving.

"Last season we achieved 522 kilos of milk solids per cow from cows that are a little bit under 500 kilos off pasture with very little imported feed and a relatively low use of nitrogen fertiliser for this environment, and that's levels of productivity that were not anticipated as achievable say five or six years ago" Ron says proudly.

The average per cow production in New Zealand is 365 kilograms of milk solids.

The flat 160 hectare Lincoln dairy farm is milking 560 cows this season and, at the moment, calving is in full swing.