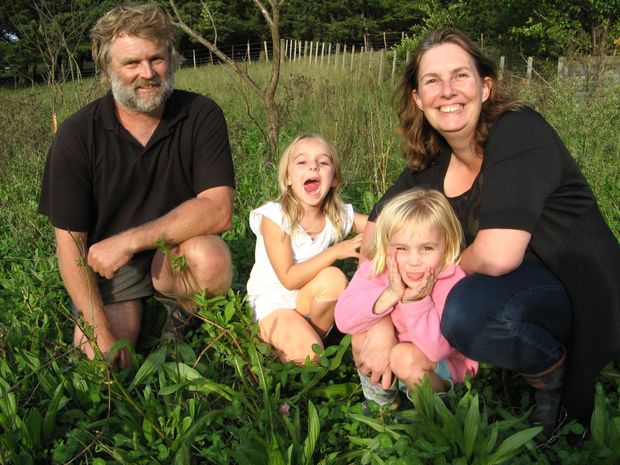 When Antoinette Martin first moved in with husband Dean on his Hawkes Bay farm, summer was an awful time of the year.

That hasn't changed. The rain usually doesn't arrive in summer. Not for months.

But what has changed is the look of Dean and Antoinette's farm. By worrying about pasture quantity, rather than quality, and running dairy grazers or sheep in large mobs on small areas, he's now got plenty of pasture in summer.

At any one time he may be grazing only one and a half percent of his 145 effective hectare farm. On the remaining paddocks the pastures are recovering.  Or going to seed.  To some people that looks odd, but Antoinette says it doesn't matter how tall the grass is, the sheep eat what they need and trample the rest into the ground.

"It gives the ground a good covering so it is protected from harsh sun, and putting nutrients back in.

"It's interesting watching it, especially a non farming person, a lay person, driving up the road I can literally see where the boundary of our farm and the neighbours is.... it's letting the plant do what it's made to do. Creating its own natural evolution."

Dean also puts at least 30 different plant varieties in his pasture mixes. The mixes include bird seed blends, sunflowers (which sheep love) and seeds from Antoinette's pantry. In summer he's picking peas from the paddocks before the stock tuck in.

"I've always loved the land .. even though I was born and bred in Auckland.  But I never thought I would get to the stage where I wanted to do a course on soil and grazing management."

Guess what? She has.