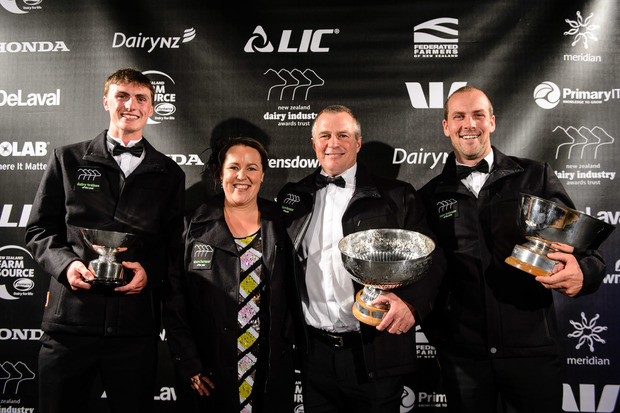 None of the three sets of winners come from a dairy farming background, but none can think of a better career choice now, or way of life.

Mark and Jaime Arnold took a massive pay cut when they changed from being a logging contractor and teacher, to a single herd manager's salary, but they've quickly progressed through the system.  Thomas Chatfield trained and then worked as a physio in New Zealand and London, before finding himself filling in on a friend's farm in the weekend and loving it so much he took up a full time dairy job nearby.  Then for British born Nicholas Bailey, living next door to a dairy farm as he was growing up in Wairarapa, gave him a taste of farming and he went from school into the industry.