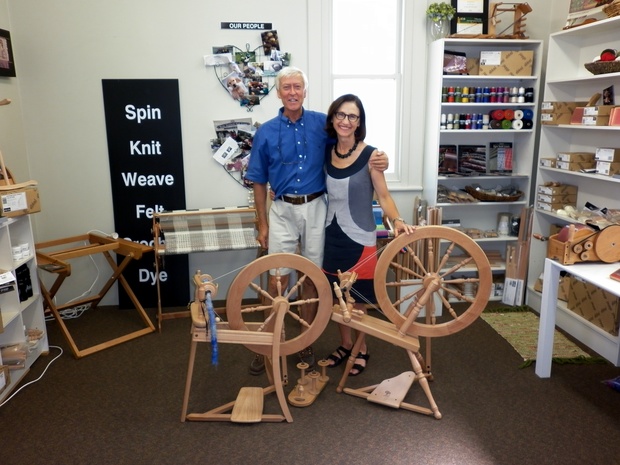 In 1934 Walter Ashford founded Ashford Handicrafts in the Christchurch suburb of New Brighton. Eighty-two years later his son Richard and wife Elizabeth Ashford are still running the family business that has become a world leader in the manufacture of quality wooden textile equipment.

"The business started with Dad and his sister making wooden stools and my aunty, she would weave sea grass tops onto them and Dad would sell them around Christchurch off the back of his bike". Richard says.

In 1940 Walter began making spinning wheels after being approached by a magazine wanting a local business to make spinning wheels for the war effort. During the Second World War more than 3000 of Walter's spinning wheels were made and used to make garments for soldiers, sailors and prisoners of war all around the world. Since then Ashford Handicrafts have made over 500,000 spinning wheels and 300,000 weaving looms and business is still booming.

Elizabeth Ashford has edited and published several educational books on spinning knitting, weaving, dying and felting and has produced a number of instructional YouTube videos in a studio above the Ashford showroom in Ashburton. The most popular video, called Weaving on the SampleIt Loom, has had over one million views.