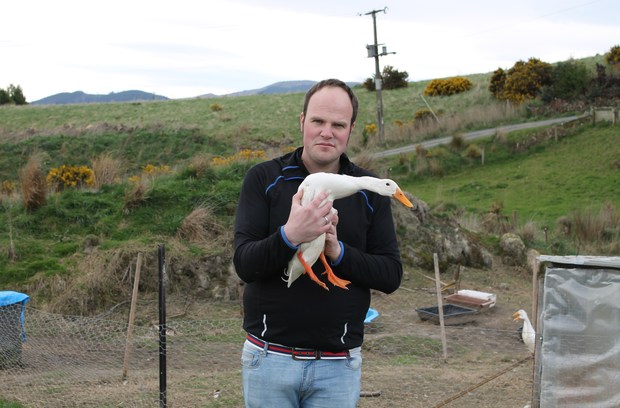 Winning poultry prizes is becoming a habit for 27-year-old duck breeder Richard Price, who rears his quacky birds on a 12 acre lifestyle block in Mosgiel. Last year his Pekin drake won ''best duck in show'' at the Dunedin Poultry Show and one of his beloved Indian runner ducks won the runner-up prize at the Nationals in Oamaru.

Richard, who runs a mobile refreshment vending franchise with his father, spends much of his spare time caring for his flock that includes breeding lines of Magpie, Cayuga, Buff Orpington and Mandarin ducks.

His feathered friends love the mud so preparing them for a show means firstly bathing them in warm water to loosen all the dirt off. “I’ll pull them out and scrub their feet with an old toothbrush, brush the beak and comb the cheek feathers so they are fluffy and plump, but unlike chickens they don’t need to be blow dried” he says.

Richard and the pick of his 2016 flock will be back on the competition circuit in May at the Heartland Poultry Show in Timaru.