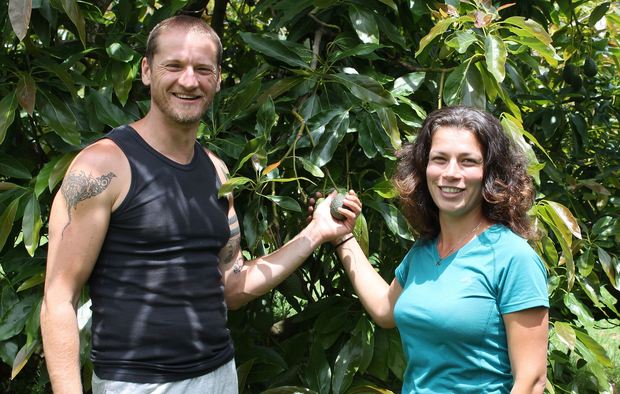 Alin Misescu couldn't understand what all the fuss was about when he tasted his first avocado. Then he was told it needed to be ripe.

Alin and his wife Andreea came to New Zealand on a holiday almost five years ago. They went home, packed up their two  young children and three months later were living in New Zealand.

They have bought a lush avocado orchard between Tauranga and Katikati and, while Alin has been studying, Andreea has happily learned how to drive a tractor and forklift and how to tend the trees.

It's a far cry from her childhood growing up in an apartment in Bucharest when Ceausescu was in power and queuing for daily essentials was the norm.

She lived in an environment dominated by concrete.

"I had nothing to do with nature or orchards or farming," she says. "I won't go back. Never. I love open spaces. It's just lovely."

The Misescus would like to plant more avocado trees on their land, however high demand means trees are in short supply and orders have to be placed now for trees available next year.

"It's like Romania in communism, you have to wait if you want something." they say with a laugh."You have to stay in a line to get some new avocado trees."