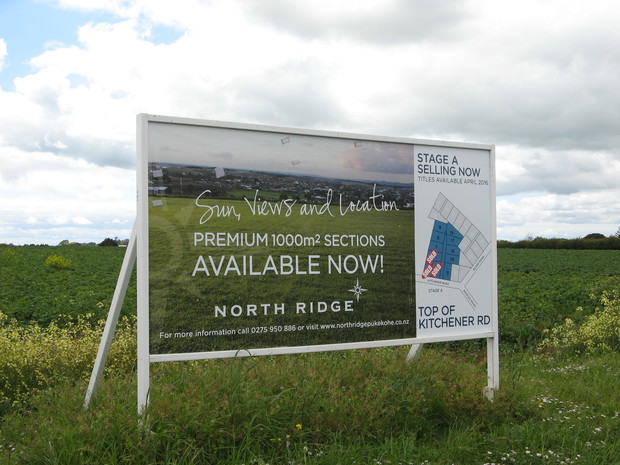 The market gardening land it's going past looks well groomed; rows of leafy vegetables poke up, onions and spuds are doing their thing underneath.

It's land the ute driver and celery grower Stan Clark has gone past for more than sixty years.

"As I look there, I see soil for planting which is a thing of beauty."

It is. It is a thing of beauty. Pukekohe's a food basket for New Zealand; the producer of a long list of greens and the only producer of very early season potatoes.

But soon, some of this productive, class one and two land is going to be covered in houses; houses needed to cope with Auckland's population growth. 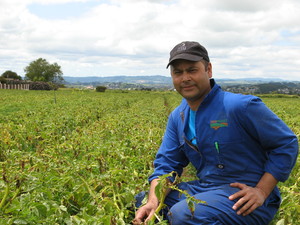 Bharat Jiven in a potato paddock that will disappear Photo: RNZ / Susan Murray 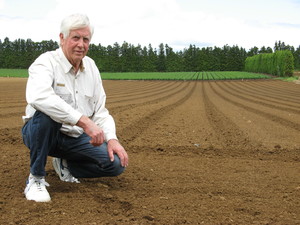 Stan Clark on the soil he sees as beautiful Photo: RNZ / Susan Murray

Stan Clark describes the trend as "criminal", and says a lot of the housing developments are driven by government politicians who don't respect the elite soils in the area.  He was told by one government MP "the value of your land has gone up, so put up with it."

Stan and his son David don't want to sell up. They've already turned down big money for their land because selling wouldn't  give them a business for the future. But Stan says just how long they can stay growing celery on their property, with houses as neighbours and huge rates increases because of burgeoning land values, is a moot point.

"We don't know what the future will bring, if people see no future in these highly productive soils, and housing is the most critical factor. Which I find puzzling, you can live without a house, but you can't live without food." 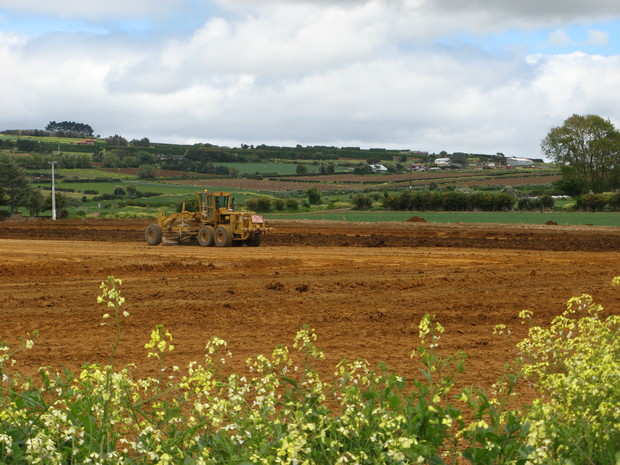