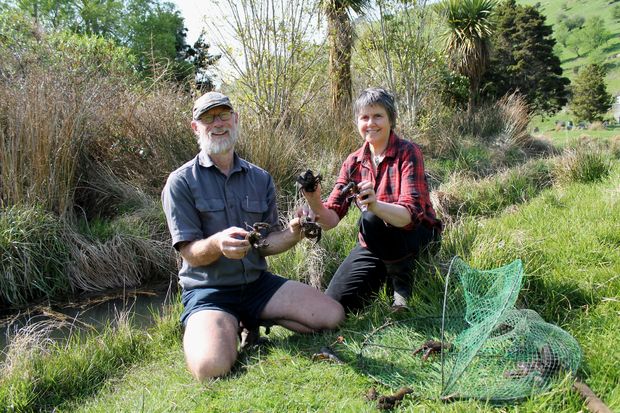 Fifteen years ago Jan and Roy Johnstone obtained resource consent to collect up to a thousand koura or freshwater crayfish from local ditches as starter stock and put them into ten swampy ponds on their property in South Otago’s Puerua Valley.

The koura, that are found in waterways throughout the South Island, can weigh up to 250 grammes and although it hasn’t been the commercial success Jan and Ray were hoping for, they do get to enjoy the fruits of their labour.

Roy says “Crayfish are really interesting creatures but the economics of them is marginal. When we first did our research and decided to put the ponds in we were in touch with a wholesaler in Auckland who could take twenty kilos a week... but we might be lucky to produce twenty kilos in ten years! They just grow so slowly, but they’re really fascinating creatures and fun to farm.”

Jan and Ray built a house and moved onto the small farm eight years ago, but for years prior to this they’ve been planting native trees to encourage birdlife and 600 hazelnut trees, that are now producing up to five kilos of nuts per tree a season and are sold at local farmers markets.

They also run a flock of Perendale sheep on the property that was owned by Jan’s uncle before they bought it thirty years ago. Jan, who works at Lincoln University's Telford campus near Balclutha, was brought up on a nearby farm. She says “I can still remember taking my first mob of sheep along the highway with my horse and dog!’

Roy is a retired geothermal scientist who has lived and worked in several countries. “My last job was working on a goldmine in Papua New Guinea which had a geothermal system associated with it, so not only were we exploiting the geothermal system to make electricity, but we were cooling it down so we could mine.” 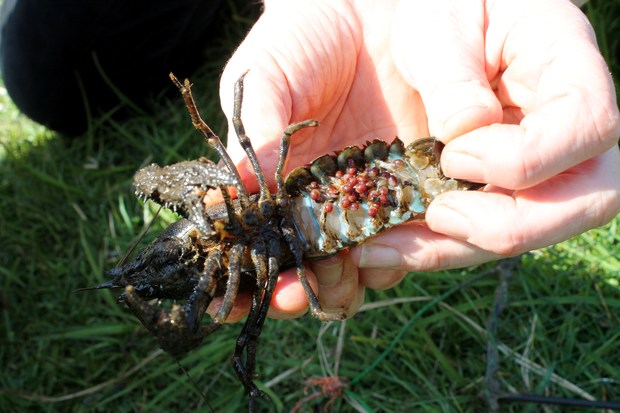 Eggs under the wing of a female. Photo: RNZ / Cosmo Kentish-Barnes 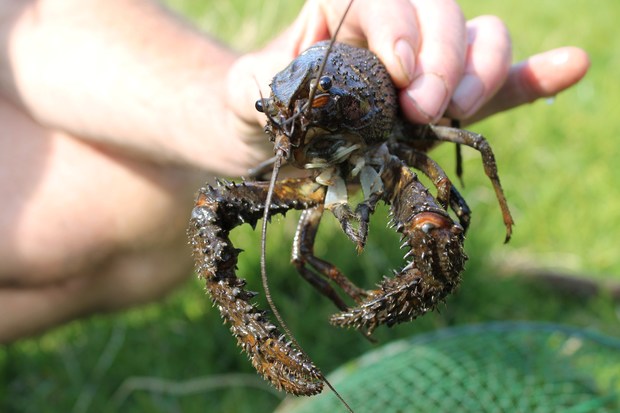 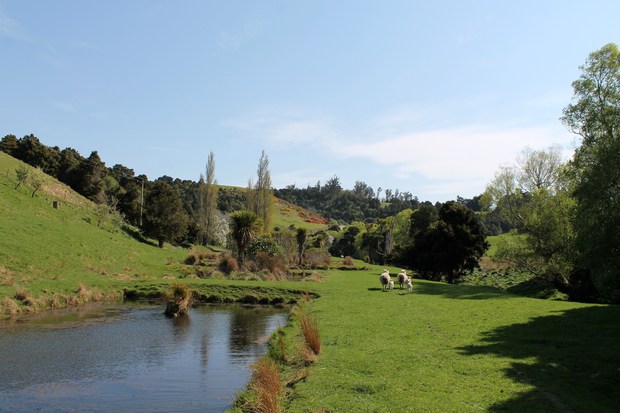