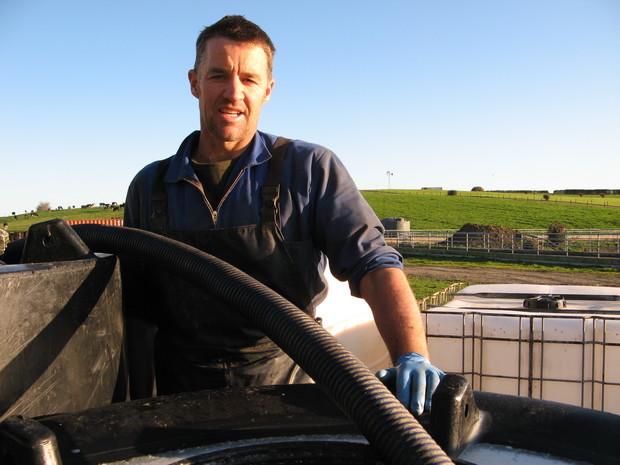 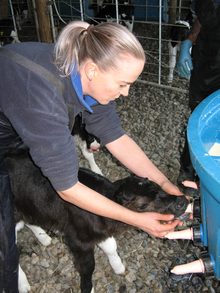 Calving is one of the busiest and most stressful times on dairy farms. Waikato sharemilker Andrew McPherson gives the two staff on his 540 herd farm every second weekend off, but for him, it's 16 plus hour days, from mid-July to mid-September.

Both Andrew and his wife Michelle came to dairy farming after more than a decade in banking. After eight years in Auckland and three in London, they realised they wanted to bring their three boys up in a small country area, similar to their own upbringing, and on a dairy farm.

Michelle says Andrew has to take her to Auckland city once a year so she can see the lights and look at shops, but otherwise she loves life on the farm.

Calf rearing is her main activity. " I love doing the calves. I love this time of year, teaching the calves and just being down here with them. Watching our beautiful baby heifers grow. These are our assets, these are my babies."

With the low dairy payout this season the milk cheque barely covers farm working expenses, it certainly doesn't cover the McPherson's food bill. Andrew says "we're working for nothing. We'll end the season at least 120 thousand dollars in the red."

Their carefully crafted budget hangs on the kitchen wall as a daily reminder to watch every single farm cost.

This is the first in a year- long series following the activities and fortunes of a dairy farming couple.