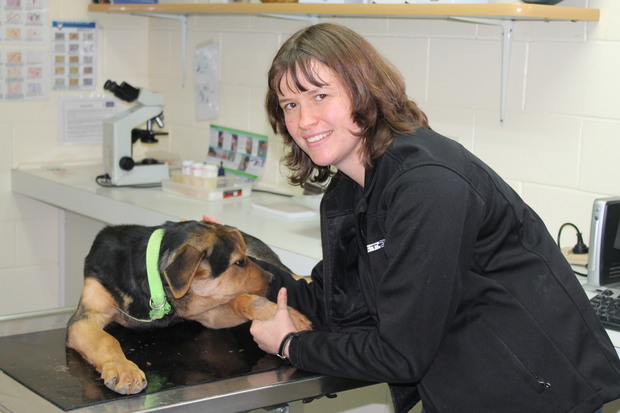 Wairoa vet Christine Hahn (above) couldn't understand the lightness she'd been feeling lately. Then, she says, she realised she was no longer afraid.

Christine arrived in New Zealand from South Africa to take up her new job in April. The mother of two young children wanted to emigrate because she and her husband were concerned about the high crime rate in her home land.

Christine had been working in a rural area and knew farmers who had been murdered.

"It's very dangerous to be a farmer in South Africa. You are three times more likely to be murdered on a farm than anywhere else… It's really, really terrible and it's a situation that's not getting enough international attention".

Farmers try to protect themselves with high fences, guard dogs, security lights and firearms, and she can't imagine South African farmers leaving their homes unlocked like some farmers do in New Zealand.  "And that's what I like. (Here) You don't have to live in a cage."

Christine says while she has mainly stopped looking over her shoulder, she still feels frightened being alone in open spaces.

Christine loves her work in Wairoa and while she is still attending to beef cattle like she did in South Africa; lions, vultures, lynx and snakes are off the patient list.