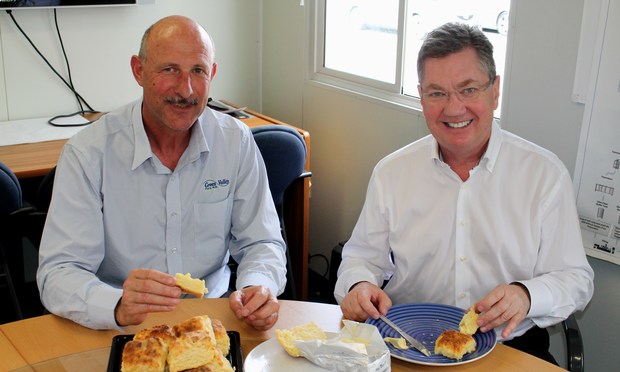 The founder of Lewis Road Creamery can't believe how popular its chocolate milk has been.

The product barely has the chance to stop moving in its bottle after landing on the chiller shelf before it's snapped up by consumers.

Lewis Road's Peter Cullinane says supplies are in no way keeping up with demand and increasing the amount available is proving challenging.

"It's been extraordinary. No one expected that result."

Peter Cullinane says the chocolate milk, which is a combination of Whitakers chocolate and Lewis Road milk, was  originally made in thousand litre batches. The initial concern was that they might have to deal with left over milk.

The milk's made at the Green Valley Dairies site on a farm at Mangatawhiri in north Waikato.

Green Valley's general manager Corrie den Haring says it took just two to three week to take the product from the ideas stage to the market.

He admits he wasn't sure the chocolate milk would be a hit with consumers but he's happy to be proved wrong.

"All of the chocolate milk goes through to a large distribution centre in Auckland;  I have to say in a locked truck with  very trustworthy drivers and a trustworthy team that pick all the orders and send them out to the customers."