Tony Firmin arrived in New Zealand nearly 60 years ago on a ship carrying steel girders for the Auckland harbour bridge. Within a day he had a job working on the wharf, but quickly went on to learn dairy farming before buying a property near Whakatane in the early 1970's. The flat coastal land was ideal for growing feijoas, stone fruit and berries.

A severe hail storm some years later damaged a blueberry crop and changed Tony's focus from being a fresh fruit supplier. The damaged fruit became wine. Today his award winning feijoa wine remains the most popular, but the berry wines have also collected a few gongs along the way. 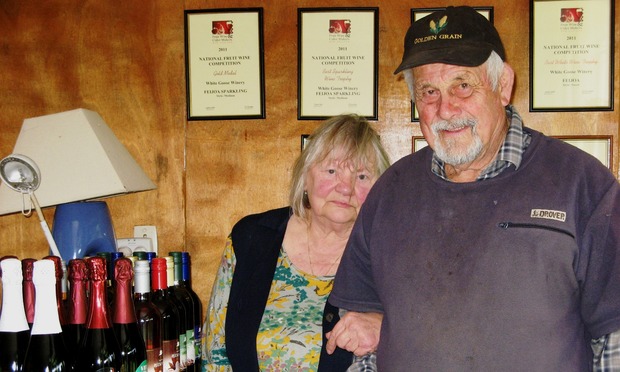 Tony is nearly 83 and still prunes all 1900 feijoa trees himself. Keeping the grass at bay are 70 Sebastopol geese which also do a good job fertilising the soil.