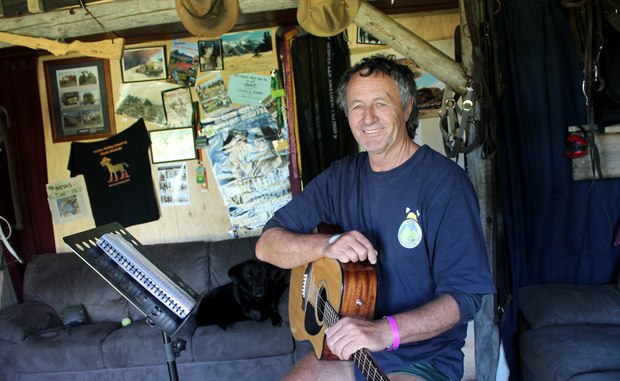 The Peaks Hall near Hawarden in North Canterbury is a small white building sitting in a field off a gravel road that heads towards Lake Sumner. It's the focal point of an event being organised to celebrate the Anzac Centenary.

The Anzac 100 Years 100 Horses Ride is the brainchild of local musician, director and horseman Terry King (above), a returned serviceman himself who lives a stone's throw from the hall.

To celebrate the men and horses that went to war, Terry and a team of local volunteers are organising the 20 kilometre ride that will start after a dawn service at The Peak's Hall and end up in Waikari where there will be a full Anzac service.

The first 52 riders in the group will be dressed in military uniform and will carry a cross, representing the 52 servicemen from the Waikari, Hawarden, Masons' Flat and Peaks area who lost their lives over the course of three wars.

Terry says "We must remember what they have sacrificed for you and I to have this perfect freedom in New Zealand, which is very rare in this world".

The 10th (Nelson) Mounted Rifles in Nelson before departing for Europe (courtesy of WW1-100). 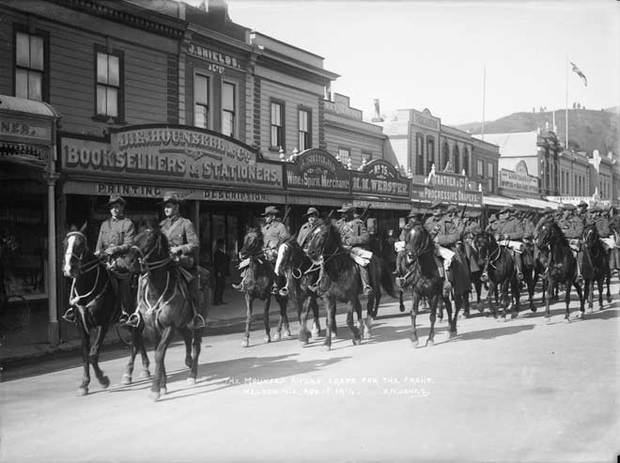 Members of the Canterbury Mounted Rifles Regiment prior to leaving New Zealand with the main body of the NZEF in October 1914 (courtesy of WW1-100). 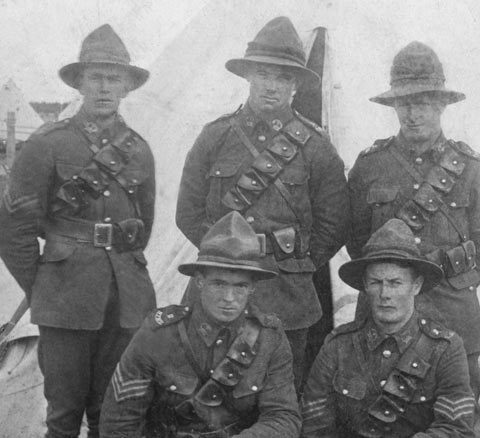