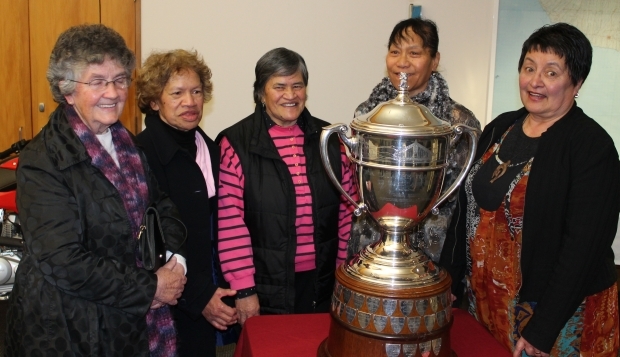 A few of Te Rua o Te Moko's owners with the Ahuwhenua Trophy.

“Winning the Ahuwhenua Trophy means that the courage and conviction of our owners to become active land owners as opposed to previously passive landlords has in a small step been realised.”

Establishing the farm was no mean feat. It required securing a majority agreement from 1100 land owners and the negotiations took two years.

The farm was formed by pulling together four pieces of neighbouring land owned by separate trusts and by leasing another property due to be handed back to Nga Ruahine as part of the iwi’s Treaty settlement. Much of the land had been leased to other farmers.

Today, 500 cows are farmed on 170 hectares and the farm has a 50/50 sharemilking agreement, but Dion says the vision is for Te Rua o te Moko to buy its own herd for next season. He says its owners were asked to forego dividends while the farm became established. Now, after five years, it is in a position to give owners a return.