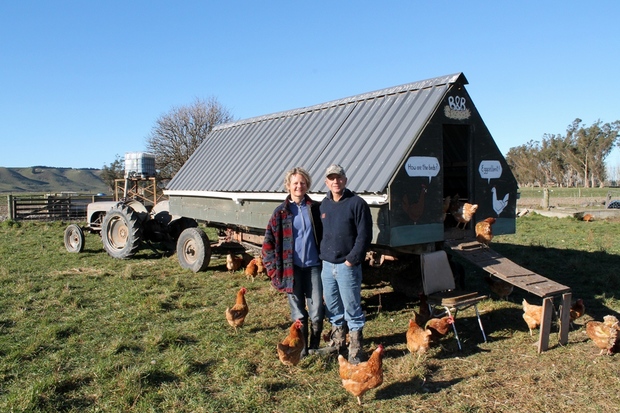 Maurice first tried  converting the farm to organics in the 1980s but due to a lack of support and understanding he begrudgingly went back to conventional farming a few years later. He confesses "I had a crack at organics for all the wrong reasons; I just didn't understand how to do it."

Needing a break from the farm where he'd lived all his life, he managed a couple of high country stations and ended up in Blenheim several years later, where he worked on a vineyard and studied viticulture. It was there that he started to realise how much chemicals where used in the food chain.

After meeting Neroli they went back to farm in Ikawai with a strong desire to try organics again. This time the conversion was successful and the farm was fully certified with Biogro in 2006.

They wanted to produce healthy, high quality food and be involved in the marketing, rather than merely selling commodities, so to give their meat a leg-up, Maurice and Southland organic farmer Neville Parkinson started Organic Futures Aotearoa. "It evolved out of frustration through not having good strong organic markets and also not being able to get store stock for our farms" he says.

Other South Island beef and sheep farmers signed up with Organic Futures and once they were able to guarantee continuity of supply, they teamed up with Canterbury Meat Packers who process and pack the meat.

"One thing we found is everyone wants the good cuts but you really don't make any money until you sell the poorer cuts, so that was when we started to sell 100% of the carcass going into genuine organic markets, and this really moved it forward".

The meat from Organic Futures goes to high value markets in Auckland, Singapore and the United States.