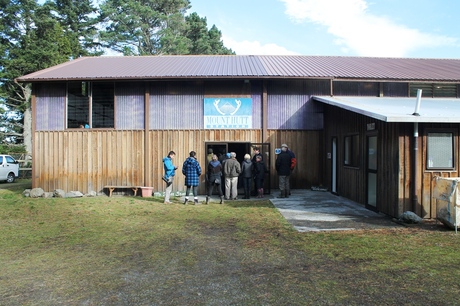 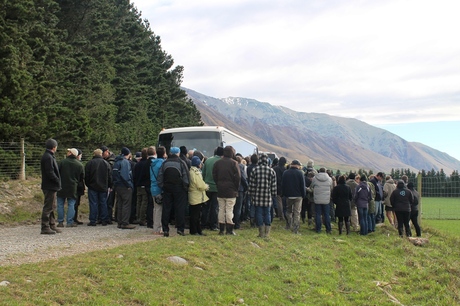 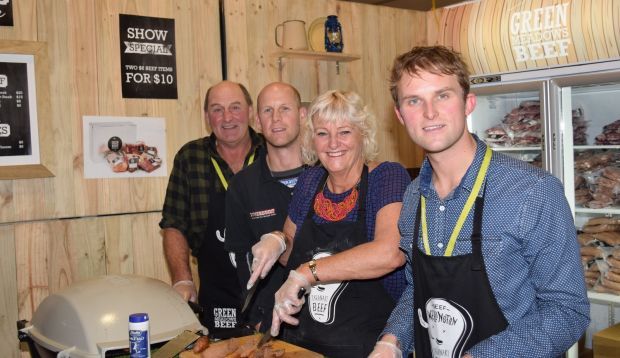 Tweeting twenty times a day to sell a kilo of Taranaki home grown Angus beef is all in a day’s work for former lawyer Nick Carey.

Nick, his father and an aunt were all at the 46th National Agricultural Fieldays near Hamilton this week selling their Opunake farmed product direct to the public.

Six years ago father Joe, who had dairy farmed for thirty five years, realised no sons wanted to take the business over. He sold some land, cashed up shares and changed to farming steers. Two years ago Green Meadows Beef started selling its own meat on line.

“It’s difficult. Convincing people meat won’t turn up spoiled, and getting them to give up the convenience of the supermarket.”

Joe says it’s also hard predicting demand and drafting the right number of stock two weeks ahead of time.  “But hey, if it was easy everyone would do it.”

At present they kill five beasts a week, with the rest exported, but ultimately they’d like to sell all their beef to kiwis. Mr Carey loves the interaction with customers that shows like Fieldays gives them. “Have me stand and trim meat, I may as well put toothpicks in my eyes. Talk to customers, fantastic. “

Son Nick gave up his law job to become part of the family business and he’s driving the tweeting, Facebook and general on line presence.  “I’ll tweet ten to twenty times a day. Telling people what we’re up to on the farm, in the kitchen, or that we’ve dispatched product to Chatham Islands.”

Nick says it’s not unusual to send a tweet about a dinner idea and have a customer place an order ten minutes later. Connection with growers is becoming more important he says, and it lets them answer questions people have about where cuts come from, and how to use them.

How does it compare to law. “Far more stressful. Especially working with your father!” Seriously, he says it’s fantastic  working with family, taking charge and it’s working well so far.