First up - A Guest

AgResearch scientist Dr Bryce Buddle and his team have received a large grant to develop a new vaccine for Bovine Tuberculosis.

Followed by - The Regional Wrap

Flooding in Gisborne and in the South Island, some fine weather has helped farmers and fruit growers get back on track.

At quarter past - The Bard of the Paddock

Below: John Douglas in a shed with some of his two-year-old red deer on Lovat Downs Venison Farm. 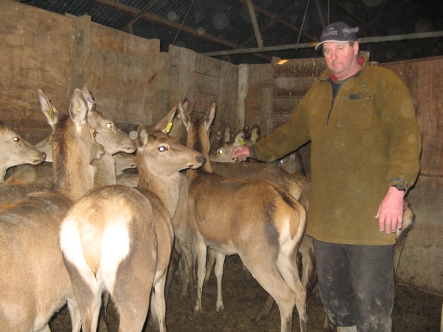 The feature today is - Sherrington Grange

Lisa and Julie Harper run cheese making courses, host guests and run a 180 hectare farm on the edge of Mahau Sound, an hour from Picton. Lisa leant cheese making from her mother and grandmother, with some recipes hundreds of years old. She also outlines how to make ricotta at home in twenty minutes.
Below: Sherrington Grange's Julie and Lisa Harper 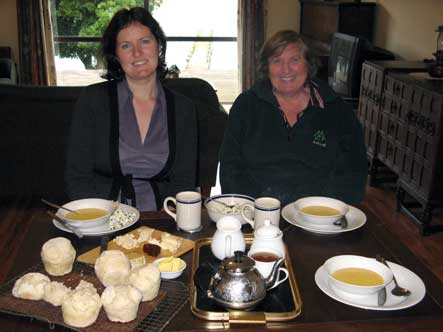