Petrol prices get closer to $3 a litre

Refilling your petrol tank is starting to sting like never before - with prices inching closer to $3 a litre.

The AA says that will happen at some point this year, and prices are already nearing record levels. The average price of unleaded 91 is $2.54, up 7 cents from a month ago.

People are already making changes to avoid a nasty pinch at the pump.

Principal advisor at AA Terry Collins said that during the Covid-19 pandemic fuel makers put the brakes on - now the price is revving up as things get back to normal.

"What happened is demand came on much greater than expected, but given the uncertainties of Covid, their suppliers didn't want to turn the tap back on. They wanted to take a more cautious approach, because demand is starting to outstrip supply it's driving the prices up."

It is not the news Aucklanders were hoping for, with many already thinking about changing their driving habits to avoid a nasty pinch at the pump.

"I drive a car and a motor home, so I'm buying both petrol and diesel so I'm following it quite closely. Well, I can hop on a bicycle, so at least you know I have got that as my backup, but obviously that's not practical all the time," said one woman.

"I'm actually looking for a new car right now so I might go in for a hybrid right now yeah, because that's much more economical," said another.

That is an option many are looking into.  Board director for not-for-profit Drive Electric Dean Sheed said over the last few years demand has skyrocketed.

"We're looking at 30 to 40 different models in the New Zealand marketplace. We're seeing volumes increase. We've now got over 30,000 plug capable vehicles on New Zealand roads, and it's about 8 or 9 percent of the total vehicle sales."

The charge does run out - but Sheed said it is easier to re-charge than to fill up.

"Simply press the button which exposes the charging ports. That's your charging plug that simply goes into the socket and then the light will start to flash in a moment and you're charging.

"At home the process is very similar, but you can plug into your wall socket overnight in your garage and that'll take an overnight charge and get you about 150 to 180 kilometres of charge, remembering the average Aucklander drives 38 kilometres in a day." 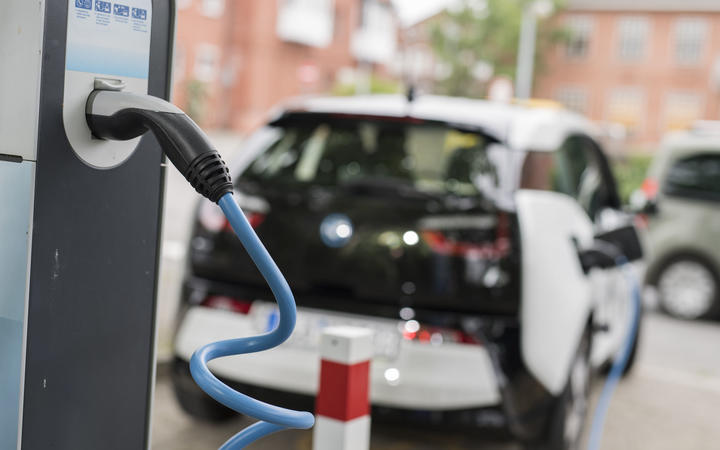 He said it is cheaper too.

Under the government's clean car discount scheme, purchasers of electric and hybrid cars can receive a rebate of up to $8700.

But from April onwards buyers who purchase new petrol run vehicles could be hit with a fee of up to $5875, based on the vehicle's CO2 emissions.