Excitement but anxiety in Northland as Auckland border to reopen

Excitement from some Northlanders about visitors returning to the rohe is tinged with anxiety about the Covid-19 risk they bring.

From December 15 anyone will be able to travel to Te Tai Tokerau, provided they are double vaccinated or have tested negative for Covid-19 with 72 hours of departure. 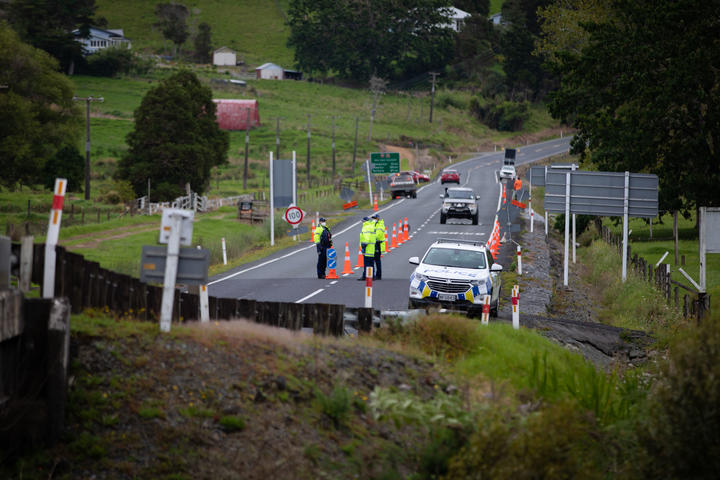 Prime Minister Jacinda Ardern today said police would work with iwi to control the border north of Auckland, when the gates open.

She said the government will ensure people can move through, but also give confidence to the people of Northland that necessary checks are in place.

But how those checks will be monitored remains unclear.

Te Rūnanga o Ngāti Whātua has been working with police at the Te Hana checkpoint since Auckland locked down but chief operations officer Antony Thompson is not sure how the summer set-up will work.

"There's a bit of a saying, if you're from Dargaville; 'it's as clear as the Northern Wairoa'. We don't know yet," he said.

"We've been working operationally with the frontline policing teams, and some of the Crown officials. So we know we've got a relationship operationally, what we really need to know now is what the high level management plan is."

Thompson said he was hesitant about the border reopening, but that the checkpoint had always been a short-term operation and a hard border would create traffic chaos.

"How many people would be stuck in vehicles in cars? How many cars would run out of fuel? So we do understand the borders eventually had to come down, what we really want to see is something strong, a process and a protocol that's in place so that those that are doubled vaxxed and those that can travel, will travel."

He said it is not possible to be checking every car and is concerned about how spot checks will be carried out.

"We already know the demographics of Northland, and we also already know within the police force there's certain stereotyping... what Ngāti Whatua are concerned about is, will this increase the number of people running?

"Will we see a number of Māori being targeted unfairly?"

Tai Tokerau's a long way off hitting the 90 percent vaccination target - just 72 percent have had both shots, and 58 percent of Māori.

Whangārei mayor Sheryl Mai said those rates would likely mean Northland would join Auckland at the red level in the traffic light system on November 29.

She said that move would also help with preparations for the border changes in December.

Businesses will also be preparing for what the border changes mean - particularly tourism outfits that have been hard hit by Northland being cut off.

Among them is Craig Johnson from Paihia Dive. He said he was excited to have a date to work towards for visitors heading north.

"Having some certainty for something we can work towards is so important, and planning toward something before Christmas is even better.

Johnson was wary of the region's low vaccination rates and said as much work as possible needed to go into boosting those before the borders opened.

"Within the tourism sector though, they've really embraced vaccination with all of their staff and with all of those tourism areas so I'm looking positively forward to it."