National distances itself from ex-MP after video with discredited academic

The National Party is distancing itself from a former MP who has shared anti-vaccination opinions in a lengthy video that has since been labelled dangerous. 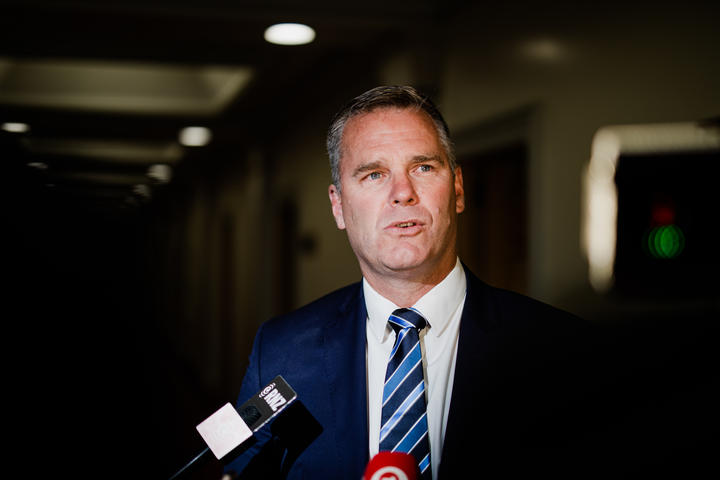 Matt King was voted out as Northland MP last election after serving one term and has been a vocal critic of the government's Covid-19 response in recent months.

Last week he hosted a 40-minute conversation on Facebook with University of Auckland epidemiologist Simon Thornley, during which the pair discussed ideas common in anti-vax groups.

Their claims, and the video in general, are being rubbished by Thornley's fellow University of Auckland epidemiologist, Professor Rod Jackson.

"None of the medications - even ones where there's good evidence - are going to be the ones to stop Covid. You have to stop Covid outbreaks because even if you've got some great medicines, you'll still fill up your hospitals with sick people - as we see all around the world."

Professor Jackson also said it claiming Covid-19 was no worse than the flu was nonsense, and that comments around the vaccine affecting transmission were irrelevant, as the shots significantly reduce the chance of infection.

"This is typical of Simon and typical of many of the people who are against vaccination, and against the New Zealand approach to addressing Covid," he said.

"They pull out little bits of largely irrelevant information and don't look at the whole context."

Professor Jackson said it was dangerous for Matt King to be highlighting those claims, when Thornley is an outlier in his field and the only academic public health doctor in New Zealand who holds such views.

Northland has some of the lowest vaccination rates in the country, and misinformation is proving to be a massive challenge in getting some people across the line.

Approximately 72 percent of Northlanders are fully vaccinated; 83 percent have had their first dose.

Matt King's video has been viewed more than 56,000 times. In the comments section he encourages people to share it far and wide.

The National Party will not say whether King is still a member and they have not confirmed who their candidate will be for the region in the next election.

Leader Judith Collins will not say whether she has spoken to King about his views.

"Obviously I don't discuss publicly any private conversations I have with people but I'm making this really clear... the National Party supports vaccinations, we have been absolutely robust in this and that Matt is not speaking for us on it," she said.