A mainstay of Takapuna's cafe scene has said 'arrivederci' to customers for the final time, shutting its doors in large part due to Covid-19 restrictions.

It is a situation shared by many on Hurstmere Road, where restrictions, coupled with road works, have driven some businesses to breaking point.

"Yesterday was our last day that we served to customers, so there were a few tears on my way driving to work yesterday morning, just because it's like finished," said Ragazzi Cafe manager Hayley Isted.

After six years, her days of welcoming customers through the front doors are over.

The cafe sits empty. Its tables and chairs nowhere to be seen, other wares sold off online. Staff have been told they are no longer needed. 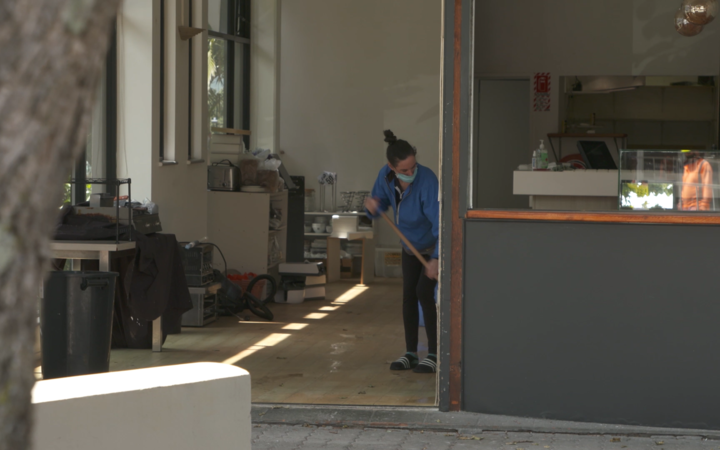 "The chef, he's just managed to get a job, but again, he can't start 'til the traffic light moves or the levels drop, so at the moment, we're all unemployed," Isted said.

If there was ever a street that embodied the cost of Covid-19 and lockdown restrictions, Hurstmere Road is it.

As well as restrictions, the area has also been disrupted by roadworks. But it is Covid-19 that has landed the knockout blow for some.

Leaf & Loaf cafe owner Stuart Wright is fighting on but struggling to see light at the end of the tunnel.

"It's just impossible, we have no direction.

"Now we've got level 2.94, level 2.73, you know, we've got all these different levels within levels and it's just confusing and nobody knows what's going on." 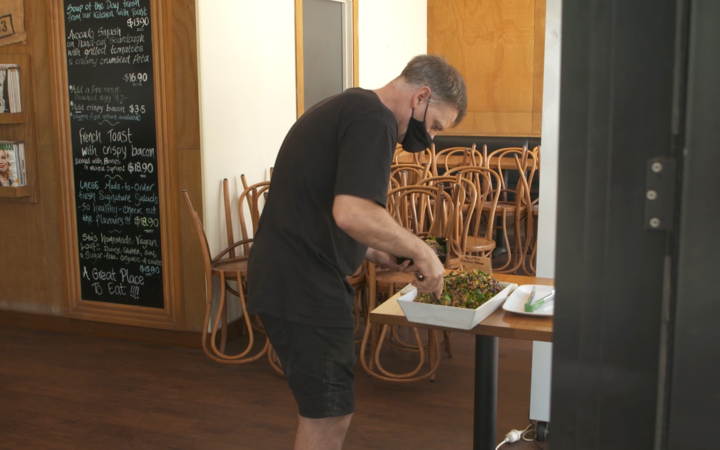 Even when Auckland does reach the traffic lights, he said he would not be opening properly until the 'green' signal flashes up.

"So we'll stay exactly where we are, everybody is socially distanced, everybody is contactless, you cannot come in here until that system is changed and we've got freedom, where we can all come and go as we please."

While some say UberEats is filling the void, the vast majority of Takapuna businesses spoken to by Checkpoint say they are desperate for more freedom

"There's really been some heartbreaking stories around, people that have put their life savings into their businesses and then they've had to close, they've got their homes on the line, everything that they've worked for on the line, and they're having to close because they can't trade.

"Last Thursday I saw a very sad thing, a well known cafe in Takapuna closing its doors for the last time, the owners physically lifting the furniture, crockery, chairs, out into a moving truck to auction off."

"I don't come from a hospitality background, I come from a corporate background. And so, I'm doing something like this for the first time in my life so every day is a significant learning curve for me."

"I'm struggling, I'm struggling at various levels. Financially, of course, I think it is the same story for everyone."

In an open letter to the prime minister, a collective of Auckland business associations called for an immediate move to alert level 3, step three.

Heart of the City chief executive Viv Beck, who signed the letter, told Checkpoint they were disappointed with today's announcement.

"Everyday counts for these businesses, another week will make a big difference to many people and not in a good way."

Beck said despite a slight ease in restrictions, staying in level 3 would still mean business would be down by about 85 percent in the city centre.

"It's positive to be moving [in easing restrictions] but it's still going to be pretty tough with only retail and a lot of people working from home and not having hospitality and other businesses open."

Businesses were confident they would be able to follow the step two protocols, as they have already done since the pandemic began, Beck said.

"People will do what they've been asked to do. We've seen that every time we've been in lockdown and restrictions come off.

"A lot of businesses are saying to us that they feel very comfortable they can meet the safety requirements.

"I think it will be just up to the customers as to how they feel, some people will be more cautious but other people will be keen to get going again."