A Kiwi couple is facing the possibility of being separated from their toddler until border restrictions ease hopefully sometime next year. 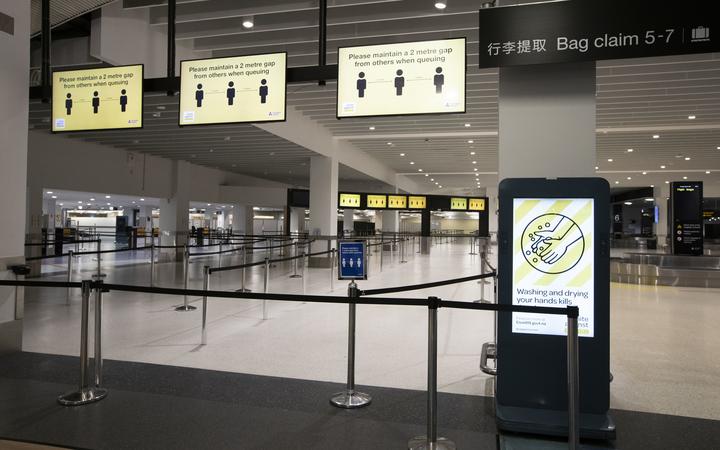 Daniel Small and his wife got trapped on the opposite side of the Tasman to two-year-old Alistair when quarantine free travel with Australia was frozen in June.

The family had recently moved to Melbourne when their son got sick and was hospitalised. After he was discharged he travelled back to Auckland with his grandparents to help with his recovery and allow his parents to move into their new home.

But since the bubble burst, Alistair's parents have been left seeing their son grow up via video calls. It has been 17 weeks now.

They've tried unsuccessfully to get a managed isolation and quarantine (MIQ) spot via the lobby and a compassionate exemption to pick up their son.

"My wife applied for five or six applications online through the MIQ lottery. We've also applied for an emergency MIQ placement; however, we've been declined for that.

"We've been advised that we need supporting documentation such as maybe a police statement, a court statement or court documents, or a childcare services statement.

"I really don't want to get either of those parties involved."

He said the couple were privileged to have supportive parents who cared for the child. "They both care for him and love him, so I don't think he really knows what's going."

Small said if only the couple could "fly back to New Zealand, pick up our son and bring him back to Australia," would be ideal.

"Alternatively, be granted a position in MIQ so that we can be released and ... pick up our son, reunite with family and come back to Melbourne."

He described his situation as stressful and sad.

"It's stressful and frustrating" for the grandparents too, he said.

He wanted the government to provide clarity on MIQ and future travel conditions.

"Give us some advice ... tell us what the plan is.

"We're both vaccinated, when can we see our son?"

Covid-19 Response Minister Chris Hipkins has outlined the plan for MIQ over the next few months.

From 8 November, double vaccinated travellers from low-risk Pacific countries will be able to skip MIQ.

From 14 November returnees will only need to spend seven days in MIQ and three days at home. With tests on day 0, day 3 and day 9.

In early 2022, more travellers will be able to isolate at home.

Small said the prospect of not being able to see his son for another four to five months was "terrible".

"That's devastating news. I'm not prepared at all, I really just want to reunite with my son, get him back."